Students at Donald Trump’s alma mater have already openly denounced the GOP candidate, and some are now working to cultivate a pro-diversity “brand” at odds with Trump’s rhetoric.

Trump has bragged openly about his degree from the University of Pennsylvania’s Wharton School of Business, but students and administrators have been ambivalent, if not outright hostile, to his candidacy.

The Huffington Post has even speculated that Trump is “simply bad for the [school’s] brand” and that Wharton may want to shed its image as a Wall Street training ground.

Michael Platt, a neuroscientist with appointments at both Penn and Wharton, drew a distinction between “Old Wharton”?the Wharton of Trump that was heavily focused on finance?and “New Wharton”, where the curriculum is “shifting toward team-building, entrepreneurship and innovation.”

Various UPenn leaders have also expressed displeasure with the Republican nominee’s positions, albeit without mentioning Trump by name.

University President Amy Gutmann, for instance, told The Daily Pennsylvanian’s editorial board that she considers discrimination against Muslims “invidious,” adding not-too-subtly that her comment doesn’t necessarily apply to any particular politician.

“Not only is it not called for and disgraceful, but it’s also unconstitutional,” she elaborated. "I will not stoop to the level which would be wrong as well as demeaning to comment on what individual politicians, whether they're running in a primary for president or for any other office, say, other than to make it clear that my statement, which is a public statement, holds for anybody who engages in outrageously discriminatory statements, let alone actions that target Muslims because of their religion,"

The school’s dean, Geoffrey Garrett, has also made it clear that Trump does not speak for Wharton at internal meetings, according to a Wharton source who spoke to HuffPost anonymously.

Nor are current Wharton students embracing the candidacy of their school’s famous alumnus, even penning an open letter in July denouncing the rhetoric employed by the Trump campaign, which had garnered 3,813 signatures as of August 4.

Some of the earliest signers of the petition were members of the student group Return on Equality (ROE), which describes itself as “a student-led coalition whose vision is to make Wharton a pioneering institution that deliberately equips students to be leaders and advocates of inclusive organizational practices.”

Recently, ROE launched a “Humans of Wharton” Facebook campaign, which features portraits and stories from various members of the Wharton community, though the posts are not available unless one joins the group.

“As business students, we’re very focused on data and statistics. But when it comes to diversity and inclusion, storytelling is a much more powerful way to get people talking about topics that are sometimes uncomfortable or divisive,” ROE co-chair Elizabeth Tang told Poets & Quants.

One of the stories shared in the campaign is from the perspective of an Indian student, who learned at Wharton that an experience she had in the third grade was racially offensive. A fellow student had asked her if she was a “feather indian” or a “dot indian,” prompting the Indian student to contend that “ignorance is just as rampant—if not more rampant—than malicious intent.”

Another self-described “darker-skinned” individual recounts instances of “implicit racism,” such as being mistaken for a delivery man when requesting entrance into a building while holding a plastic bag in his hand.

ROE says it does not help those featured in “Humans of Wharton” to write their stories, although the group does provide other assistance, “mostly in choosing which story to tell.”

ROE claims there is more work to be done regarding diversity at Wharton because of incidents “targeting Asians and exploiting Asian stereotypes,” as well as the more general issue that diversity in business management positions has remained relatively constant over the past 30 years.

In a survey of 433 students conducted by ROE, the group found that almost half of Wharton students felt they had experienced discrimination due to their gender or their race.

The MBA Program at Wharton reports a class size of 851 for the upcoming year, of which 32 percent are recorded as ‘Students of Color’ (defined as those with African American, Asian American, Hispanic American, Native American/Alaska Native, Native Hawaiian, or multiethnic backgrounds).

“When we graduate, we’ll have the power to make very important decisions, whether as a [sic] business leader or a community leader,” Tang says. “We’re going to be in positions to recruit, hire, promote, and retain talent. We’re going to make decisions about product design and advertising to address the needs of an increasingly diverse customer base.”

Tang also differentiated between diversity and inclusion, which she said are two different concepts.

Diversity, she contends, is a short-term framework about “getting numbers up and bringing unrepresented voices to the table.” Inclusion, on the other hand, is “longer-term and more meaningful...it’s about creating a new system that’s fairer.”

Saba Shafi, another of ROE’s co-chairs, elaborated that the goal of the “Humans of Wharton” campaign is to initiate dialogue that will eventually lead to action.

“We think of ourselves as more of a coalition that helps the school represent different voices,” she explained. “On a high level, it starts with awareness, then moves to empathy, engagement, and finally advocacy.”

Campus Reform reached out to Return on Equality for comment, but did not receive a response in time for publication. 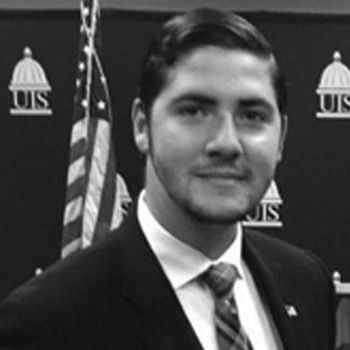