Opinion: Redefining the right: this is what a conservative looks like

I froze. It was freshman year, and I had just “outed” myself as a conservative for the first time at college.

“No, no, I don’t. Why would I? I’m a woman,” I tried to explain. Several emotions churned through my head: confusion, anxiety, and anger. I couldn’t comprehend why my fellow freshman immediately jumped to the conclusion that I was sexist, racist, or both—solely because I identified as a conservative.

I was also bemused that he seemed offended I was neither ashamed nor apologetic about my political beliefs. At the time, I did not understand what was, at least according to my floor mate, so wrong and perverse about conservatism.

Now, three years into my experience at one of the most “politically active” schools in the country, I have begun to understand the stereotypes that many left-leaning students associate with conservatism.

Since the moment I “came out” as a conservative, I have felt constant, fervent scorn and condemnation from my peers at American University. Although I have grown accustomed to the contempt from some members of the far left, the most shocking and direct example of this intolerance came after I posted an image on my private social media accounts for the Network of Enlightened Women’s #ShesConservative campaign.

The photo, like many others circulated by female conservatives on social media, featured me, wearing NeW’s t-shirt, which loudly and proudly proclaims in bold pink text: “This Is What A Conservative Looks Like.”

Based on this photo alone, people made rash assumptions about my character and intelligence, bullying me with ad hominem remarks. Specifically, I had one woman claim that stereotypes surrounding conservatism, specifically female conservatives, do not exist at all. Her rationale was that as a conservative Caucasian woman, my identity is nothing groundbreaking, and—if anything—stains the entire gender.

“Is a stereotype shattered if it didn’t exist in the first place?” she commented. “Maybe I’m biased, but lots of women were conservative in my hometown. They felt just as comfortable with racism and the denial of basic healthcare as the boys!”

In this case, this acquaintance on social media projected her negative experiences with a small, specific, population to make assumptions about my character and my ability to think for myself. It’s almost as if she stereotyped me, along with every other conservative woman.

The irony is that the negative reactions from the left only solidify the point of my original post and NeW’s #ShesConservative campaign. How dare I, a twenty-year-old woman, stray from the left’s doctrine that women must conform to a single way of thinking?

There’s a preconceived notion at universities (which tend to be very liberal in the first place) that women should only think one way, and that they’re wrong if they deviate from the liberal perspective. NeW’s #ShesConservative campaign challenges the stereotypes that conservative women are “uneducated” and “ignorant,” breaking the stigma that discourages conservative women from speaking out across their campuses.

I strongly support NeW, especially its position that women are not victims and should not have to depend on anyone — or anything —in order to create their own path.

Unlike what my floor mate tried to tell me back in freshman year, I should not—and will not—be ashamed of who I am. After all, shame only feeds into the left’s dogma that women are victims. I don’t consider myself a victim in the slightest. However, I do find it incredibly hypocritical when I see students on college campuses chastising others because they subscribe to a different set of views.

Individuals who refuse to accept that their opinions are not the only way of thinking are the most illiberal type of people and are the reason that organizations like NeW exist. It’s important that universities value all intellectual diversity, giving students the opportunity to stand up for what they believe in.

Rebecca Malone is a member of her NeW chapter at American University. Follow NeW on Twitter: @NeWNetwork 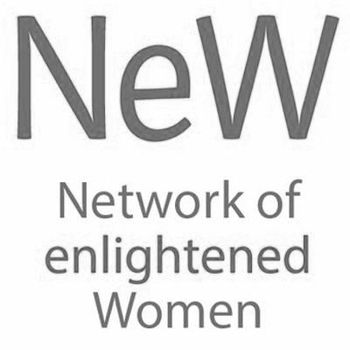