Course explores 'appropriate whiteness in the age of Trump'

Hampshire College is offering a course this semester exploring how to respond to white supremacy in the “Age of Trump.”

The course description for “White Supremacy and Appropriate Whiteness in the Age of Trump” poses questions such as whether “white supremacy is a permanent feature of modern society” and how to “appropriately respond to its ideology and political power in the Age of Trump.”

"Faculty trained to speak about systems of oppression should not be required to be neutral in the classroom (opinion)."

The description elaborates that the class will “research and discuss the relationship between white supremacy and white privilege, and explore how to build a human rights movement to counter the white supremacist movement in the U.S.”

The goal of the class, according to the course description, is to learn how to counter white supremacy and “understand the range of possible responses to white supremacy, both its legal and extralegal forms.”

The course will be taught by Loretta Ross, a visiting assistant professor at Hampshire College who last year was embroiled in controversy after claiming that “abortion, like childbirth, can be a joyful experience when achieving reproductive justice through human rights.”

Earlier this year, Ross shared an article on Twitter along with her own commentary, arguing that “Faculty trained to speak about systems of oppression should not be required to be neutral in the classroom (opinion).” 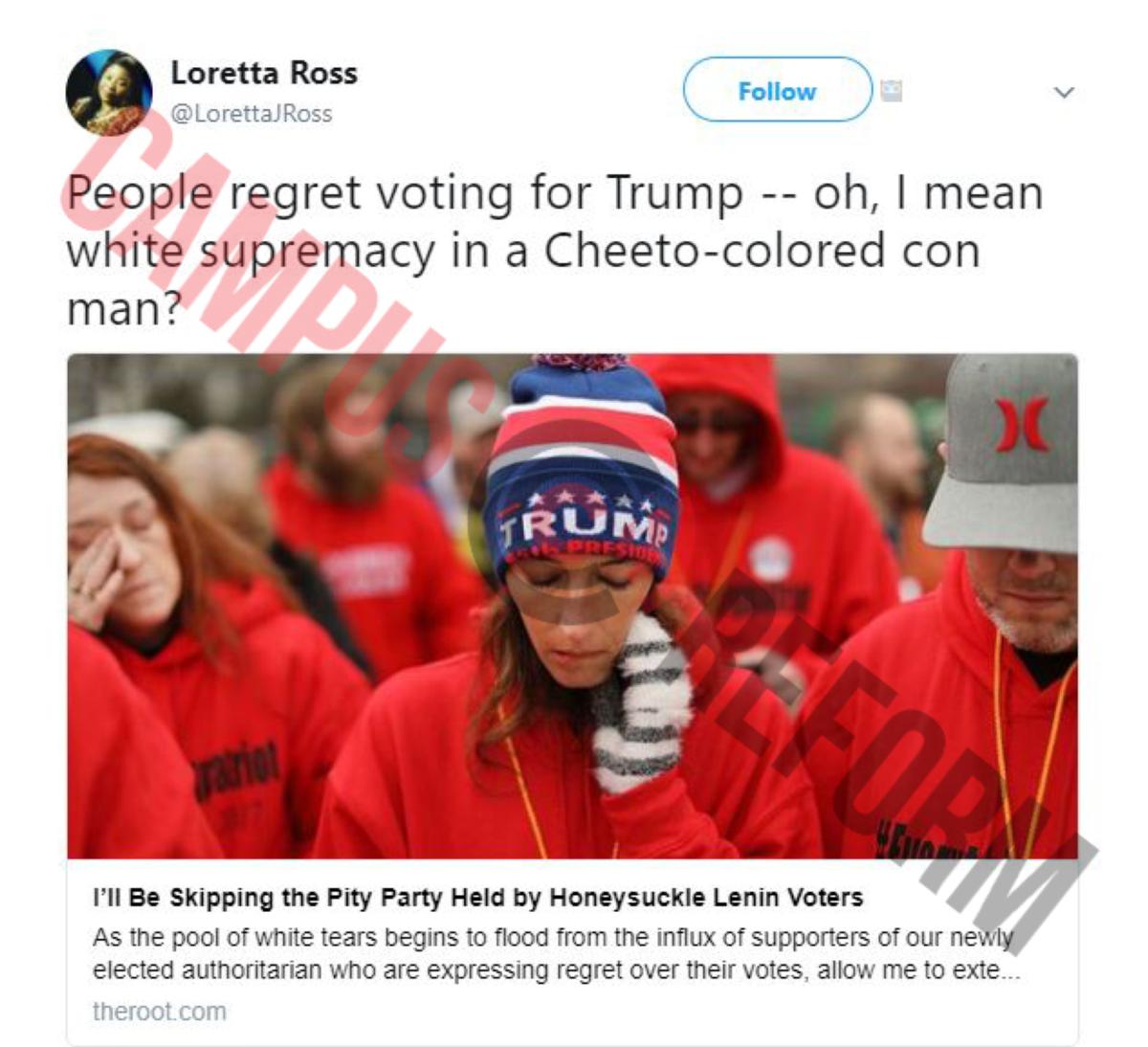 There are no textbooks listed on the course description.

Campus Reform reached out to both Ross and Hampshire College for comment, but has not received a response apart from a blank email from Ross’ account.