VIDEO: Protesters try to kick Campus Reform out of protest 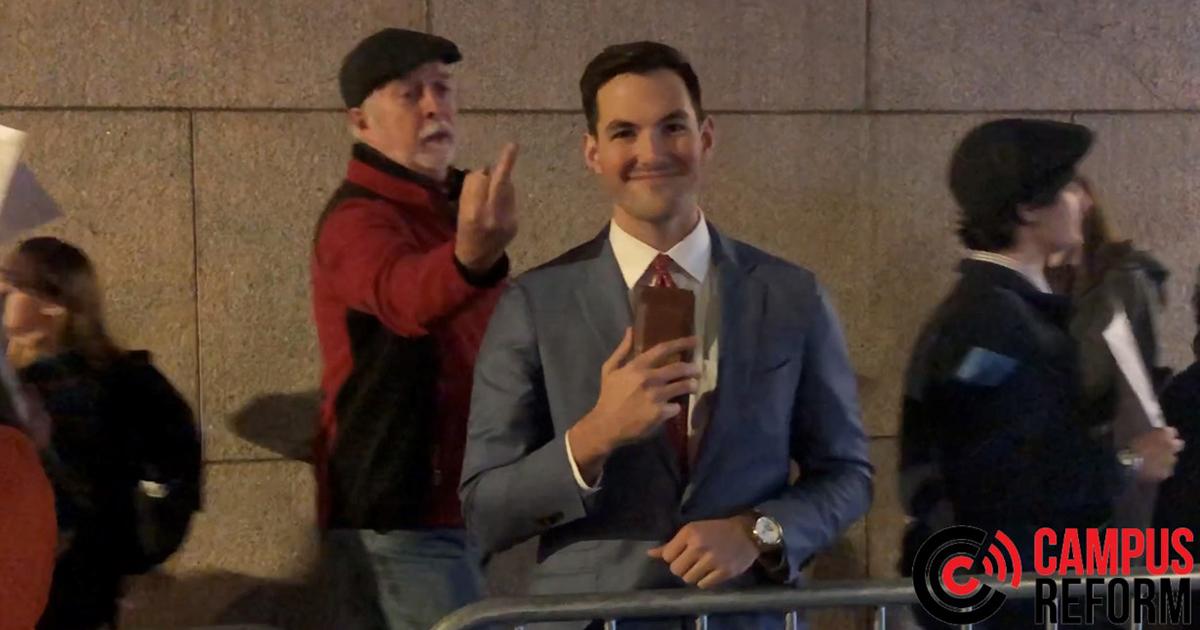 On Tuesday, February 27, pro-union demonstrators protested at Columbia University ahead of a speech by Mark Mix, President of the National Right To Work Foundation.

Campus Reform was on the scene to ask with protesters about what their main grievances with the event were, and what the goal of their protest was.

"We don’t tolerate mercenaries in this space, get the f*** out of here."

After student organizers outside the protest refused to be interviewed on camera, we headed into the middle of the picket line to see if anyone would be willing to explain what their goal was.

Within seconds it was clear they would not be talking to us, unless that talking included personal insults, swearing, and threatening language.

As other protesters attempted to block our camera with posters, two men began to elbow me and stomp on my feet as I attempted to walk away from them.

When I turned to ask one of the men if he could explain what he was aiming to accomplish he responded simply, “f*** off.”

Would anyone at the entire protest have the guts to talk with me? Watch the video to find out!