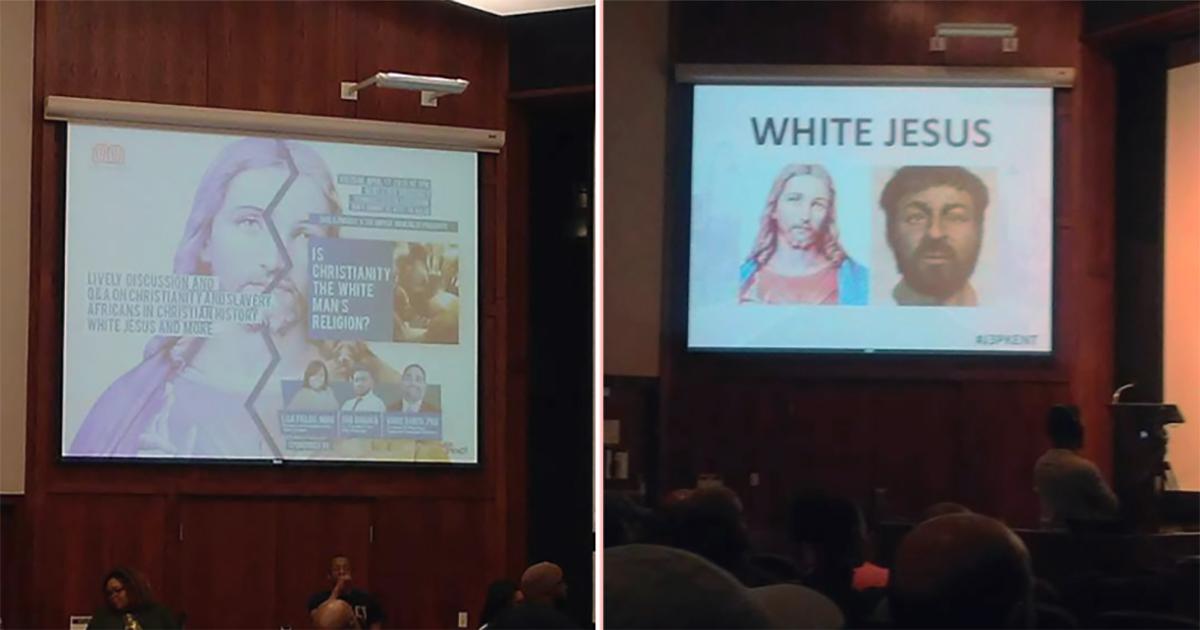 "Who benefits from the billions of dollars from Christianity? Is it the white people and the businesses, or is it the black people?"

The event commenced with the panel opening the floor to the audience, allowing the crowd to showcase any prior knowledge of the topic, or any subject they are looking forward to covering. The first gentleman to speak stated his concern for “young individuals on the street being pulled away from Christianity,” which he said has led to the general “whitewashing of Christianity.”

Another gentleman echoed this concern for “whitewashing,” stating that “Christianity originated in Africa, and Europeans merely took it and made it their own.” The gentleman ended his statement by asking “who benefits from the billions of dollars from Christianity? Is it the white people and the businesses, or is it the black people?”

The panel then began with Baraka speaking on the history of Christianity, stating that “Christianity, is in fact, a white man’s religion” because of “identity politics.” Baraka argued that identity politics is what “makes humans subconsciously assign certain cultures to different groups.”

Baraka used this definition to explain that a large portion of black people don’t want to have anything to do with Christianity because it doesn’t fit their culture, but rather conforms to Western and white culture.

The panel continued with Bantu speaking more about the geographical history of Christianity.

The panel ended with Fields speaking on the ties between slavery, former communities, and Christianity, asserting that “slave owners redefined Christianity, and took away the scriptures from the slaves.”

Fields argued that the slave owners took away Christianity from the slaves because “Christians could not be slaves, and therefore if Christianity is taken away from them, slavery is justified.” Fields also touched on how after slavery ended, “white communities would only offer unhealthy food to black people,” reasoning that “if the white people couldn’t kill the black people with guns, they could kill them with unhealthy food.”

The event ended with a “Questions and Answers” portion, but much of the same ideas were repeated then as well.

More than 100 people attended this event.

UPDATE: Kristin Anderson, director of external media relations for Kent State, told Campus Reform that the university did not sponsor the event, nor did it authorize the use of its logo in promotional flyers for the event.