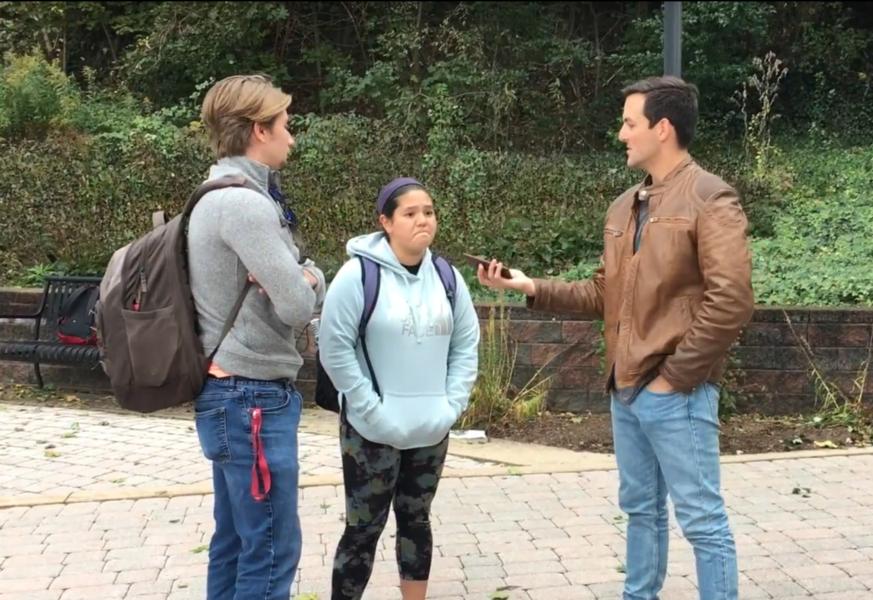 This month, a migrant caravan of nearly 7,500 people began making its way from Central America toward the United States in search of asylum.

The caravan, currently in Mexico, has renewed the national conversation surrounding illegal immigration and border security and will likely have a strong impact on the approaching midterm elections. While some have said it’s time to open our borders and welcome those in the caravan, others, including President Donald Trump, have said it’s time to secure the border and prevent them from entering.

“[I]t’s dumb that we stole this land… and now we’re gonna point at someone else and tell them they can’t come in here.”

[RELATED: VIDEO: Students say they’re not proud to be American]

But what do college students think? Campus Reform's Cabot Phillips traveled to Lockhaven University in Pennsylvania to find out.

When asked whether the U.S. should open the border to the caravan, most students shared the same sentiment: yes.

“I think we should let them in, give them a fair chance at a better life,” one student said, while another echoed her point, saying, “it’s dumb that we stole this land […] and now we’re gonna point at someone else and tell them they can’t come in here.”

One student explained his reasoning by saying, “I’m open to the idea of letting an influx of migrants come in because I think diversity creates strength.”

Some students were in support of securing the border and forcing people to enter the country legally. Among them was one female student who said: “You have to prove yourself […] to not be a threat to the country and show motivation to benefit our country.”

What did the rest of the students say when asked who, if anyone, the U.S. should stop from crossing the border?

Watch the video to find out: