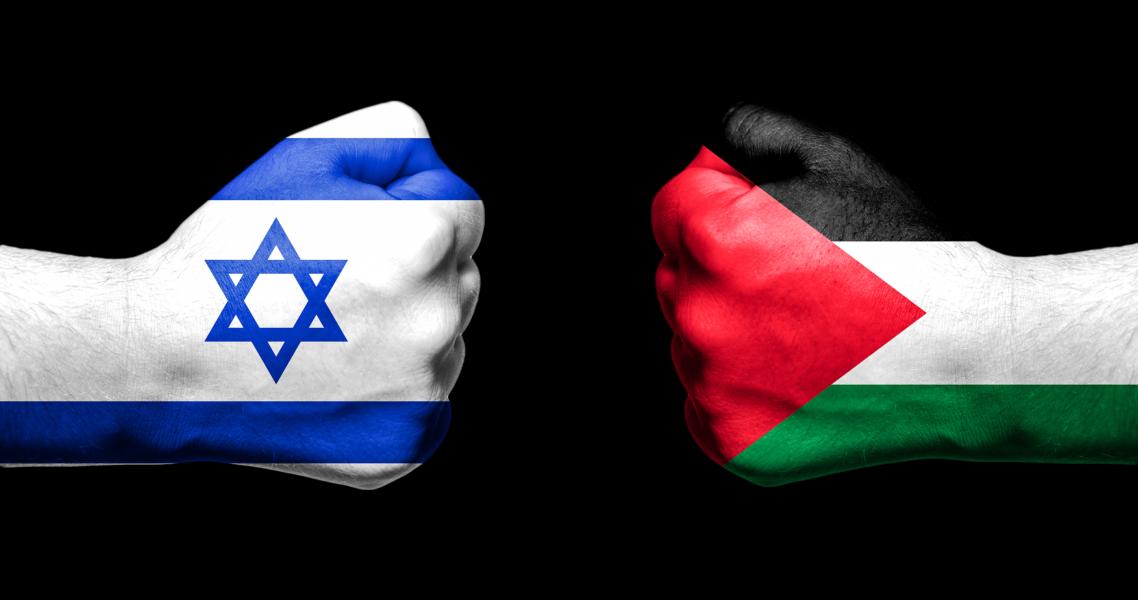 A Syracuse University forum on the Israeli-Palestinian conflict was canceled after unidentified objectors protested.

As part of her major, Citizenship and Civic Engagement, Syracuse senior Alanna Sadler organized a campus-wide dialogue for her capstone project, “Pathways to Peace,” which aims to unite different religions and identities involved in the Israeli-Palestinian conflict. University leaders from the school’s Hendricks Chapel, the university Hillel, and the Muslim Student Association all planned to speak at the forum.

“We shouldn’t stop dialogue because it’s something that might feel uncomfortable. If we can’t come together and talk about something, then not even with this conflict in general, but with any conflict, I don’t see how we can progress at all.”

The event began to unravel, however, when Dean Brian Konkol of Hendricks Chapel withdrew sponsorship of the dialogue, leading to other main speakers pulling out at the last minute. Syracuse University spokeswoman Sarah Scalese disputed Sadler's account in a statement to Campus Reform after the initial publication of this article: “The fact is, one of our chaplains had a scheduling conflict with the Dec. 3 date. When we offered to reschedule the event, the organizer declined. We hope the event organizer will work with us to reschedule this critical conversation.”

Sadler asserted in a speech on campus that Hendricks Chapel's decision to withdraw from the event was prompted by “numerous calls from concerned students who felt that he [Konkol] was endorsing a pro-Israeli event.” Others involved in the event said students objecting to the forum believed it would be biased based on wording in the flyer advertising the event.

“The flyer had no language reflecting bias toward any side,” Syracuse University Professor Miriam Elman, who teaches about the Israeli-Palestinian conflict and was scheduled to provide an overview of the conflict at the forum, told Campus Reform. That sentiment was shared by Sadler, who said she believed the event  would have been "as objective [as] an event on this conflict could be.”

Sadler expressed disappointment in being forced to cancel the forum as she spoke Friday to a gathering of students and professors associated with the Citizenship and Civic Engagement major at Syracuse University’s Maxwell School.

“We shouldn’t stop dialogue because it’s something that might feel uncomfortable,” the student said. “If we can’t come together and talk about something...not even with this conflict in general, but with any conflict, I don’t see how we can progress at all.”

During that discussion, Sadler displayed screenshots of messages she says she received from fellow students reacting to the forum cancellation. In their messages, the students expressed disappointment that the event was shut down and went on to say that they looked forward to discussing the Israeli-Palestinian conflict at some point in the future.

Professor Elman told Campus Reform that at least 50 of her own students were “planning to attend and a number of students expressed their disappointment that they would be unable to discuss the issues with their peers.”

One of those students, Andy Choi, explained to Campus Reform that he believes the event’s forced cancellation is an infringement on free speech.

“Free speech allows people of different stances to express their perspectives, regardless of what I agree with," he said.

He noted that everyone has the right to voice their opinion on the Israeli-Palestinian conflict, regardless of what position they take.

“We need less silencing of others and more listening to others,” Choi told Campus Reform. “We need less divisiveness and more conversations together of both sides of the Israeli-Palestinian Conflict.”

Elman said she views “college [as] a place where students are supposed to confront ideas and viewpoints that they may oppose and even find offensive and it’s unfortunate that this essential aspect of campus life was so undermined in this instance.” She went on to tell Campus Reform that she was “disheartened to learn that a group of disgruntled students succeeded in derailing what would have been a worthwhile educational opportunity for the rest of the SU community.”

The professor also claimed that Konkol did not inform her that student complaints were the reason he pulled Hendricks Chapel’s sponsorship of the “Pathways to Peace” event. In fact, Elman added, she was notified of the cancellation by Sadler, not anyone from the university administration.

Sadler told Campus Reform that she sees the event’s cancellation as a warning of a “big, big problem on campus,” noting that this is not the first time anti-Israel protesters have shut down an event at Syracuse University.

This past April, students and protesters not associated with Syracuse University disrupted a speech given on campus by the Israeli Consul General in New York, Ambassador Dani Dayan. Protesters stormed the room where Dayan was speaking, shouting down the ambassador and brandishing signs stating, “Zionism = Racism.”

Sadler, however, remains optimistic that an event similar to the “Pathways to Peace” dialogue can still happen. She expressed interest in speaking to the students who called for the event’s cancellation to find out how a future event can be planned that would better satisfy them.

The student said that Konkol declined to disclose the identities of the students whom he said expressed concern about the forum. She said that he will keep their identities confidential unless they agree to be identified publicly.

Sadler said she remains hopeful that the students involved will agree to speak with her at some future point.