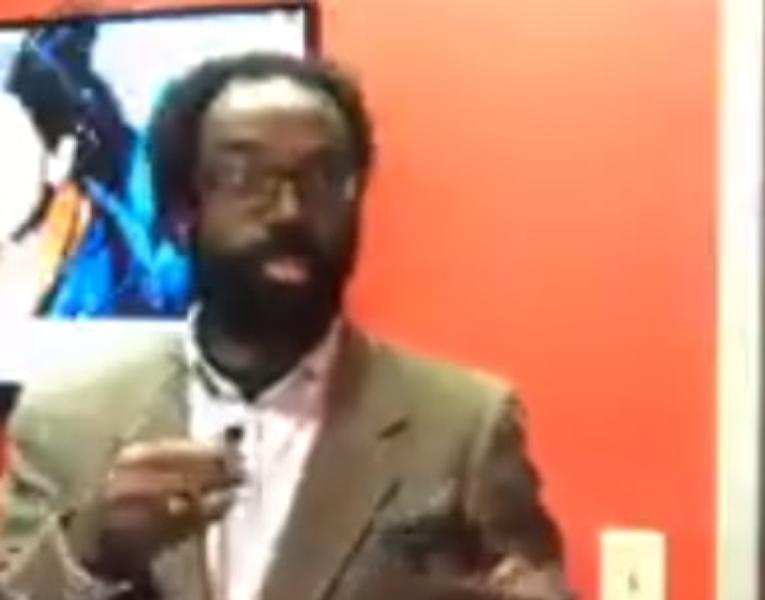 A University of Georgia teaching assistant who has made multiple racially charged statements in January, went on a local radio show in Athens, Georgia and told listeners Tuesday that he does not rule out using violence to overturn "oppressors."

The radio show host, Tim Bryant, asked  Irami Osei-Frimpong to respond to UGA's recent statement that "the university has been vigorously exploring all available legal options. Racism has no place on our campus, and we condemn the advocacy or suggestion of violence in any form. We are seeking guidance from the Office of the Attorney General as to what actions we can legally consider in accordance with the First Amendment."

"Racial justice often comes at the cost of white life."

UGA's statement came days after Osei-Frimpong posted on social media in a since-deleted tweet that "some white people may have to die for black communities to be made whole in this struggle to advance to freedom" and that “fighting white people is a skill."

Speaking with Bryant, Osei-Frimpong called the issue of violence on campus a "little bit" dubious, citing the existence of UGA's ROTC program. The TA went on to say that he did "not advocate for violence," adding that he was "just honest about the history of racial progress in the United States."

"Are you advocating for non-violence?" Bryant then asked Osei-Frimpong.

The TA responded with, "yeah, insofar, OK, so, what we have to understand about nonviolence..."

"That's a yes or no. Why does that need a caveat?" Bryant asked. "Do you advocate for nonviolence?"

Again, Osei-Frimpong did not offer a definitive answer: "Insofar that it's a transformative process that depends on the shaming of oppressors."

"So you're not ruling out violence," Bryant asked.

"Against who? Violence against who?" Bryant asked.

"Whoever the oppressors may be," Osei-Frimpong said, adding that violence is "always a second-best option because it doesn't have the same kind of transformative power that nonviolence does."

"But it’s just an open question. Have we made a white culture that is able to be shamed? Because I suspect the people at those public lynchings would not be talked out of, if I was about to be lynched, of lynching me. As you said before, on my drive over here, mobs are kind of immune to facts so there is a way in which we have to create a populous that is actually responsive to the truth, and then they can be shamed, and then non-violence is appropriate," Osei-Frimpong added.

The University of Georgia TA also noted that “it is just a fact of history that racial justice often comes at the cost of white life."

"They say that a free speech campaign is always the first stage of any serious democratic revolution. It looks like that's what we are going to get at UGA. I'm in a position where it's an open question whether I'm allowed to talk about White people as White people in front of White people," Osei-Frimpong wrote.

University of Georgia Executive Director of Media Communications Greg Trevor told Campus Reform in a statement Wednesday, "the University is aware of statements made on social media by a PhD student and Graduate Teaching Assistant, as well as a video showing the individual being confronted about the posts during a student organization meeting last fall."

Trevor then reiterated the same statement that UGA released on Sunday.

"The University has been vigorously exploring all available legal options. Racism has no place on our campus, and we condemn the advocacy or suggestion of violence in any form. We are seeking guidance from the Office of the Attorney General as to what actions we can legally consider in accordance with the First Amendment," Trevor said.