EXCLUSIVE VIDEO: Student banned from passing out 'Jesus Loves You' valentines speaks out 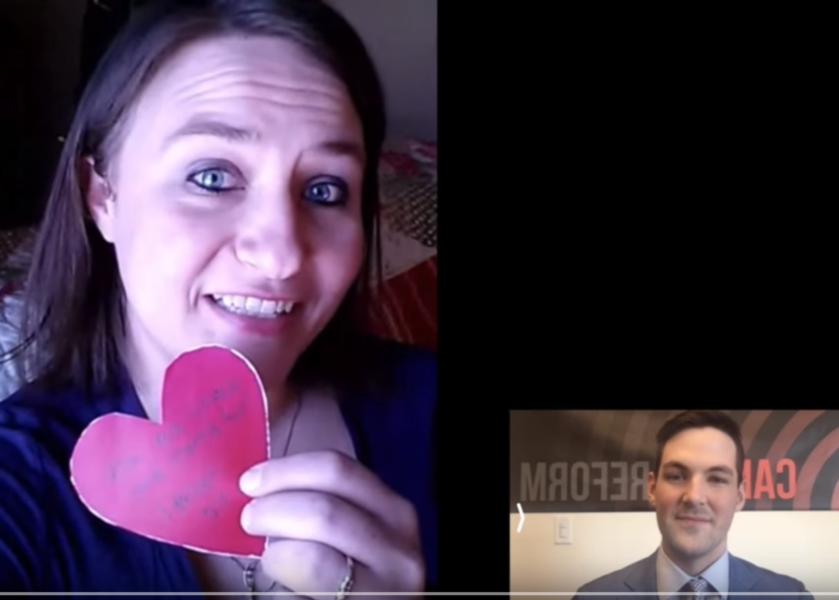 On Valentine’s Day in 2018, Polly Olsen, a student at Northeast Wisconsin Technical College, was reprimanded by staff after passing out religiously-themed valentines on campus.

Handing out the heart-shaped cards, which included phrases like “Jesus Loves You” and “You are loved and cared for! 1 Peter 5:7,” Olsen was stopped by a security officer for “suspicious activity.”

"It’s a no brainer that this is a constitutional right, and that discrimination did happen.”

Wanting to keep alive a Valentine’s tradition started by her late mother, Olsen was informed by university officials that the religious valentines violated the school's ban on soliciting, a term that implies the selling of something, which Olsen was not doing. After suing the college for violating her First Amendment rights, Olsen spoke exclusively with Campus Reform in February 2019 to share details on the situation.

Explaining how this was her second time being reprimanded for passing out such cards, Olsen said in 2019, “I gave them an opportunity to apologize or change the policy...you didn’t listen to me the first time, and you laughed in my face and told me it would never stand up in court."

"So this time, we’re going to court," Olsen said.

When asked what sort of outcome she’s hoping for, Olsen said “I’m hoping the judge sees that this is cut and dry. It’s a no brainer that this is a constitutional right, and that discrimination did happen.” In closing, Olsen added that she hopes “other people are able to use my case to stand up for their rights and not back down even though everyone tells them to.”

Watch the full video now to see what else she had to say: