An American Enterprise Institute (AEI) scholar released a study showcasing the disparity between college degrees earned by women vs. men.

He ended it with a question: "How do we justify the continued gender favoritism for college women in terms of female-only scholarships, awards, fellowships, programs, and many other campus resources?” 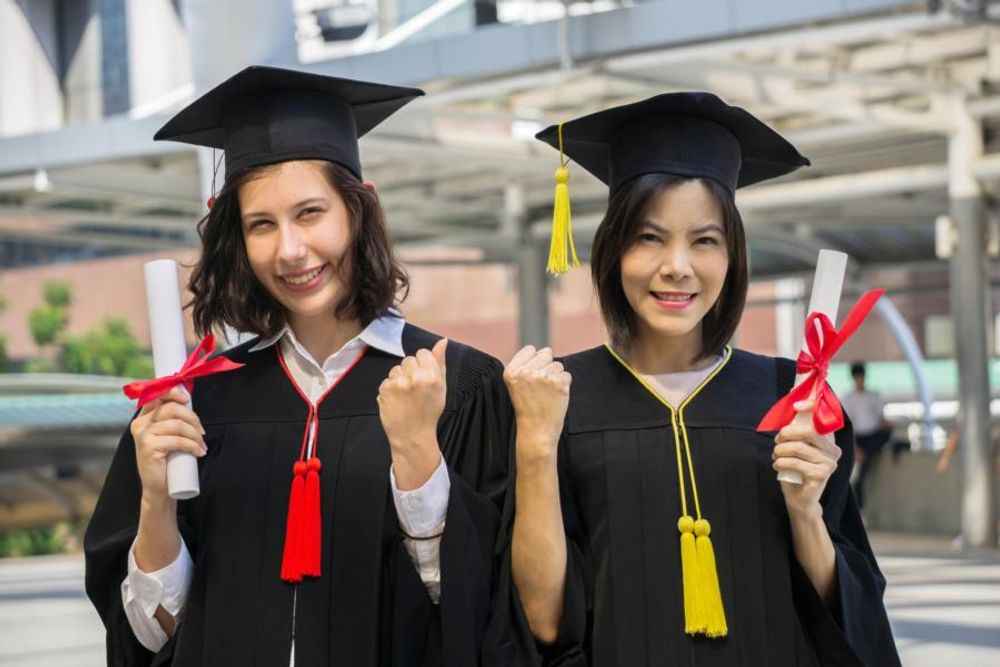 A conservative scholar has found that since 1982, 13 million more college degrees were awarded to women than to men.

The analysis comes from Department of Education data and represents the gender gap across all degrees, including associate’s, bachelor’s, and graduate school degrees, according to a recent analysis by American Enterprise Institute (AEI) scholar Mark Perry, who is also an economics and finance professor at the University of Michigan-Flint.

Data from 2016-2019, which are included in Perry's report, the projected number of male and female graduates during those years.

"Given the phenomenal academic success of women in higher education over the last 35 years...how do we justify the continued gender favoritism for college women in terms of female-only scholarships, awards, fellowships, programs, and many other campus resources?” Perry asks in his report.

Campus Reform spoke with Perry, who said that the education gap demonstrates success in education for women.

Despite this, Perry told Campus Reform that the gap’s effect on male students should be noted.

“At the same time that women have become the majority gender at all levels of higher education, and men have become the increasingly underrepresented minority ‘second sex,’ America's colleges and universities continue to show gender favoritism for women, and provide special preferences for women, frequently in violation of Title IX's prohibition on sex discrimination,” Perry said.

“While that gender favoritism for women in terms of a disproportionate share of campus resources for women, including scholarships, fellowships, women's centers, women's commissions, programs, initiatives, conferences, clubs, camps, awards, etc. may have made sense in the early 1970s when Title IX was passed and women were the minority sex, it no longer makes sense today when women are the majority sex and more academically successful than men,” Perry added.

“In fact, the prevalent sex discrimination against men in higher education, and gender favoritism for women, in violation of federal civil rights laws, is now increasingly being increasingly and successfully challenged,” the scholar told Campus Reform. “The goal of Title IX was gender equity in higher education, not the gender favoritism for women we see today, and I think the Office for Civil Rights largely agrees, based on their recent Title IX rulings against sex discrimination against men.”

“Given the female success in higher education, you would think that academically strong and successful women would consider gender favoritism, special preferences, and special treatment to be both unnecessary and insulting because it assumes that women are weak and in need of campus resources and attention that aren't available to men,” he argued to Campus Reform.

Campus Reform also reached out to Perry’s AEI colleague, Christina Hoff Sommers, for comment on this recent report. Sommers, who is a scholar specializing in gender politics and feminism, told Campus Reform that “boys and young men are on the wrong side of the education gender gap.”

“From preschool to graduate school, and across ethnic and class lines, young women get better grades, win the honors, and are far more likely to go to college,” Sommers said. “What are we doing about it? Close to nothing.”

“The shift from a labor-intensive, manufacturing-reliant economy to a knowledge-based service economy significantly increased the relative value of [a] college and postgraduate degree,” Sommers noted. “Education [beyond] high school is now critical to a young person’s life prospects. Somehow we have failed to get that message across to vast numbers of young men.”

She also questioned why government at both the local and federal levels have failed to take action.

“Our schools offered admirable and effective programs to strengthen girls in areas where they languished—in sports, math, and science. Where are the programs to help boys in areas where they falter: reading, writing, grades, school engagement, and college matriculation?” Sommers told Campus Reform. “So far Congress, schools of education, school boards, and the Department of Education have looked the other way.”