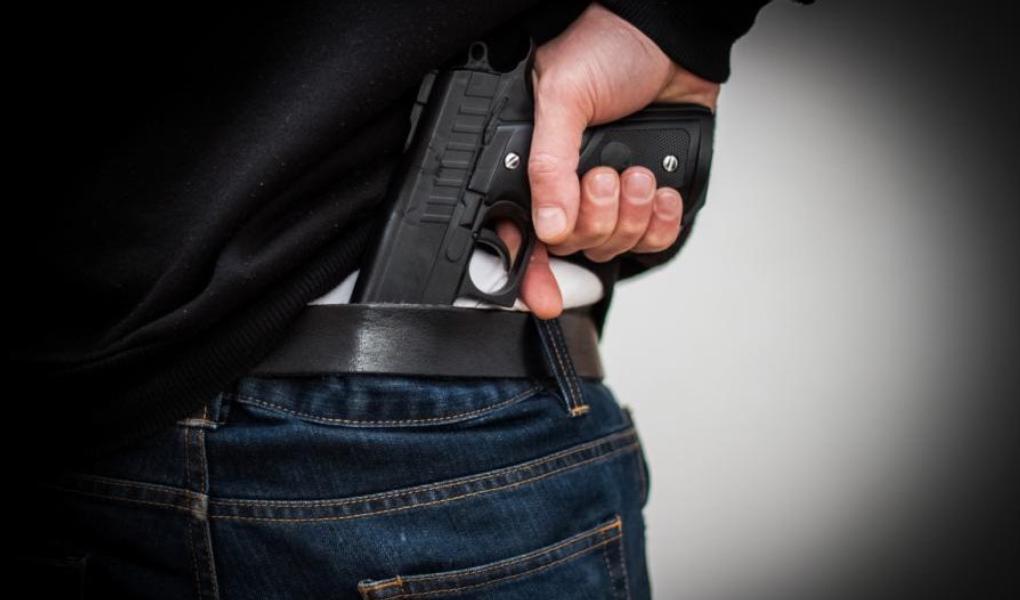 A West Virginia school’s student government organized a protest at the state capitol in West Virginia, including arranging transportation.

Concord University’s Student Government Association (SGA) sent out an email with the subject line “EMERGENCY. GUNS ON CAMPUS,” encouraging students to attend a protest at the West Virginia state capitol put on by the SGA. The SGA stated that the protest would be their “last effort to stop this bill,” according to the email, a copy of which Campus Reform obtained.

“Concord University students are joining college and university students from across the state for a rally against House Bill 2519, The Campus Self Defense Act, at the West Virginia State Capitol on Monday, March 4. The Concord students are planning to be at the capitol at 9 a.m.,” a separate email sent from the CU Office of Advancement, which Campus Reform also obtained, states. “Concord Student Government Association (SGA) President Haley Fields said students are planning to ‘show up in force’ in an attempt to make their voices heard to state legislators.”

[RELATED: University of Kansas gets its own bulletproof prof]

The CUOA email prompts students who are interested in attending the protest, organized by the SGA, to meet outside of the Student Center at 7 a.m. on March 4. HB 2519 would allow citizens with a concealed carry permit to carry their concealed weapon on certain parts of West Virginia public campuses, according to Metro News.

In a statement to Campus Reform Monday, a Concord University spokesman confirmed that the trip was both organized by and paid for by SGA.

“SGA organized a trip to Charleston to speak to lawmakers in the hopes that their voice would be considered in the decision-making process,” the spokesman said. “Some students drove on their own. Those that could not drive were offered transportation provided by SGA, paid for by SGA. All students were invited, regardless of where they stood on this issue.”

One source told Campus Reform that a university employee said the vehicles were rented from Enterprise.

According to another email obtained by Campus Reform, Concord marketing professor Susan Williams told her class that she would not take roll because of the protest and encouraged students to go: “I wholeheartedly encourage each of you to take the trip to Charleston if the campus carry bill is an important topic for you,” Williams stated in an email, a copy of which Campus Reform obtained.

The university president, Kendra Boggess, expressed her frustration about the bill in a Facebook comment using her personal page, in which she claimed that “the gun lobbies [were] controlling the conversation.”

“I cannot understand it...party politics, the gun lobbies controlling the conversation...it's absolutely beyond my ability to comprehend,” she said. “We have argued, we have pleaded, we have lobbied, we have been told repeatedly...there is no way to stop this and if we make ‘them’ angry, they will take out the few concessions that have been made,” Boggess wrote on Facebook. “Any ideas? I'll be glad to try anything to keep guns off our campuses, but we haven't been successful so far. 30 other states have said no to guns on campus, 13 have them, WV will have one of the most permissive laws in the country. SMH [so much hate].”

“Our students are voters,” Boggess told Campus Reform. “They saw decisions being made that directly affected them, so they organized to have their voices heard. While Concord University had nothing to do with this decision, we are proud of all our students who made a point to speak with lawmakers, regardless of the side they chose.”

One student at Concord, Lydia Warner, told Campus Reform that among other reasons, she is against the bill because she does not think 18-22-year-olds should have a weapon on campus.

“18 to 22-year-old students in this brand [new] environment for them should not have access to such deadly weapons, for many students living on campus this is the first time they’ve lived unsupervised ever, for some students that kind of freedom can be detrimental,” Warner said. “Also many college students suffer from depression and anxiety, by having guns on campus you are quite literally putting the gun in people’s hands for students to end their lives with.”

Another student, Carley Lee, told Campus Reform that she would feel unsafe if the bill were passed.

“Personally, I would feel unsafe on campus if people had guns,” Lee said. “One of the things about the bill that was going to help keep people at ease was not allowing [guns] in buildings where there would be more than 1,000 people at a time, but at a school like Concord, you’re not going to find that anywhere.”

Lee even told Campus Reform that she knows students who would drop out of the university if the bill passed.

However, not all Concord University students are against the bill.

Jack Garwood, another student, positioned his support of the bill to Campus Reform as a result of his belief that self-defense is a right.

“I support campus carry because I don’t think the rights of students & staff to keep and bear arms for the defense of self - in WV’s constitution, Article 3 Section 22 - should be denied by school administrators who aren’t sitting ducks in class every day,” Garwood said.

A Concord University spokesman told Campus Reform that all of the SGA members “unanimously voted against the Campus Carry measure.”

HB 2519 will next be addressed by West Virginia's Senate Judiciary Committee.