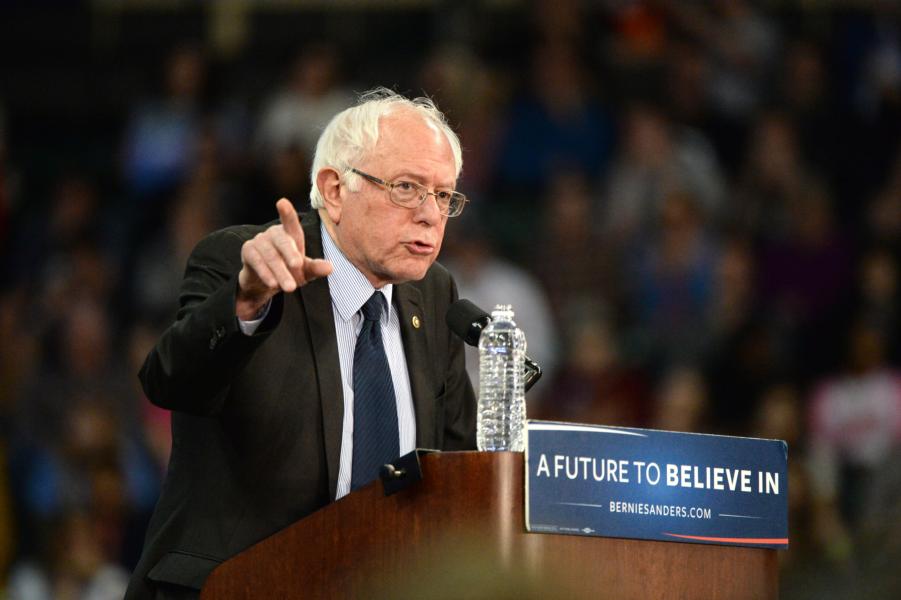 Democrat presidential candidate Bernie Sanders joined striking University of California-Los Angeles workers, speaking during a single-day strike. But the stunt did not sit well with the top university administrator.

Sanders stressed the significance of labor unions for a little more than ten minutes in front of a crowd of several hundred striking workers, supporters, and students at a rally on March 20 held by the University Professional and Technical Employees-Communications Workers of America rally held during the strike, according to The Daily Bruin.

“If UPTE and AFSCME leaders had channeled as much effort into negotiations as they do into organized theatrics, we’d have a deal by now."

The strike itself is the third in less than a year, as negotiations between unions and university officials continue.

Sanders referenced “a war being waged against the working people of America” and said that “the time is long overdue for the American people to stand up and say ‘enough is enough.’” The speech was the first in a multi-stop California tour for Sanders as he campaigns for 2020.

“If UPTE and AFSCME leaders had channeled as much effort into negotiations as they do into organized theatrics, we’d have a deal by now,” UC Office of the President spokeswoman Claire Doan told the Daily Bruin.

“We fully support our employees’ right to demonstrate peacefully and respectfully — and to enlist speakers for their cause, however, not everyone has all the facts about UPTE and AFSCME leaders demanding unreasonable and unrealistic raises that are far beyond those given to other UC employees," she said to The Los Angeles Times. "They have also refused to allow their members to vote on UC’s proposals, even though we’ve met dozens of times at the bargaining table.”

Anne, an English and political science major at UCLA who asked to go only by her first name in the article, told Campus Reform that she believed that Sanders “was targeting the smaller activist demographic.” She said it felt like his focus was not on the presidential campaign but Sanders’ support for laborers and income inequality.

After some hesitance, she said that she felt like the speech made her want to vote for Sanders a little more.

“I have no problem with Senator Bernie Sanders giving a speech at UCLA or even a rally,” Louis Madrid, a UCLA history major, told Campus Reform. “His views should be allowed to be shared on campus and discussed openly even to dissenting viewpoints. I just hope that he, along with his fellow 2020 Democratic candidates, also push for UCLA to be more inclusive to all politicians like President Trump to give a speech or hold a rally on campus.”

The campaign stop comes just under a year before California’s presidential primary date on March 3.