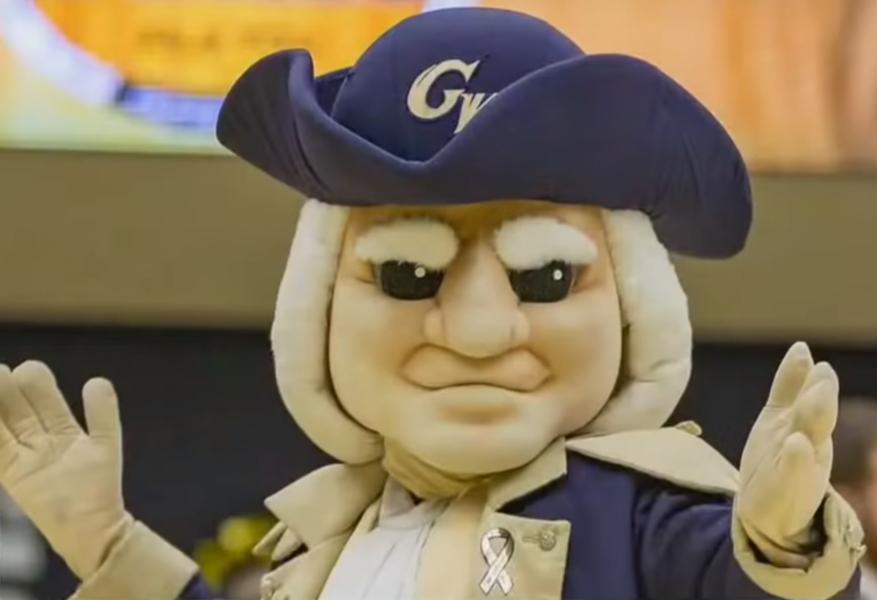 The College Republicans and Young Americans for Freedom chapters at GW both released statements Monday against the measure.

“Changing the mascot allows historical revisionism to undermine the values on which our university was founded and disparages the legacy of our Founding Fathers.”

The YAF chapter at GW noted that the school’s current mascot, George the Colonial, is a “unifying” figure on campus and called moves to change it divisive in a statement published to the group's Facebook page. The club suggested that opposition to the mascot is based on false pretenses, saying that, instead of representing a colonizer, the mascot symbolizes a resident of a colony.

A colonial is "a member or inhabitant of a colony," according to Merriam-Webster.

“We stand strongly with our statement we put out [Monday],” Zupkus, who is also a Campus Reform campus correspondent, said. “We believe the Student Association should be focusing on more pertinent issues, such as food insecurity, rather than something superficial like this. The Student Association has proven time and time again that they have little power, which is mostly symbolic in nature. We hope that if this referendum passes, which it might given the historically low turnout in student elections, that the university focuses its resources on more pertinent issues to the student body, rather than divisive ones such as this.”

The CR chapter also released a statement opposing the measure, noting that “changing the mascot allows historical revisionism to undermine the values on which our university was founded and disparages the legacy of our Founding Fathers.”

Campus Reform interviewed students on campus earlier this semester to get their thoughts on changing the mascot. At the time, many students were unaware of the push to change it. One student who appeared in the video and was aware of the issue noted there were "students on this campus who don't feel comfortable with it and so then it doesn't really matter what other students think if it makes them uncomfortable.”

Another student in the video called the mascot "a little white supremacisty [sic]."

Campus Reform campus correspondent and GW student Abigail Marone appeared on Fox & Friends in March to give her perspective.

“There's a huge difference between a colonial, which is our mascot, and anyone who lived during colonial times, and colonialism, which is what students are saying this mascot is representative of, which is not the case at all,” Marone said during the interview.

GW students are voting in the referendum the last week of March, according to Fox News.