This congressman is waging war on free speech zones 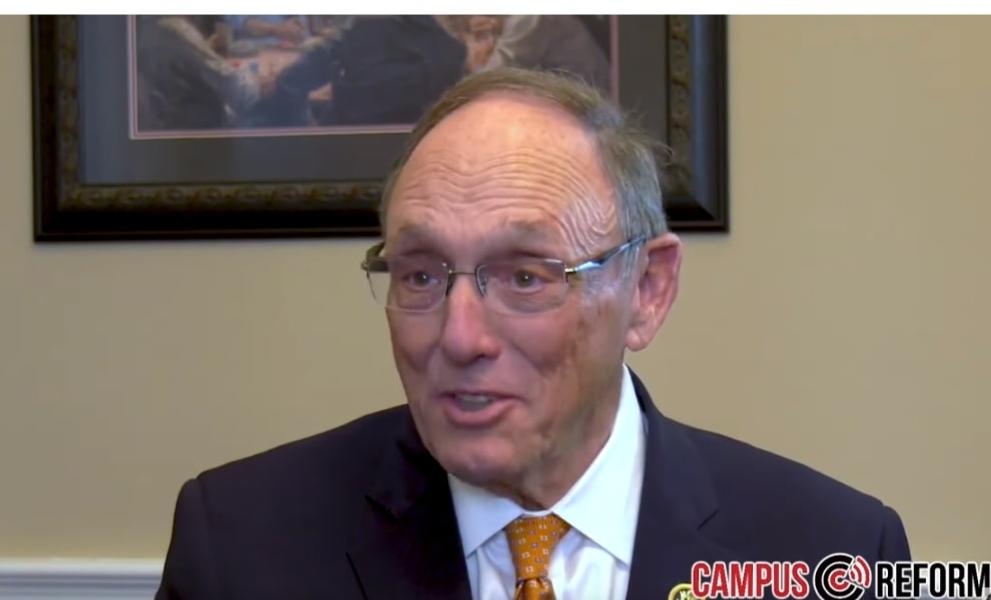 Last month, before President Donald Trump made headlines by proposing an executive order on campus free speech, one Congressman was also preparing to bring the issue front and center on the floor of the U.S. House of Representatives.

Rep. Phil Roe (R-Tenn.) proposed House Resolution 191 on March 7. If passed, it would put pressure on universities to eliminate “free speech zones” and other barriers to the free expression of ideas on campuses around the country. On Monday, Campus Reform sat down with Roe in his Washington, D.C. office to hear his thoughts on free speech as well as Trump's executive order, which the president signed just days before.

Taking aim first at free speech zones, Roe said, “it’s hard for me to even fathom that we would have that on a college campus, which should be the place of ideas, where you can discuss your idea, and I can discuss mine.”

“College campuses are sacrosanct for me for where free debate takes place,” he added.

Elaborating on why the issue is so important to him, personally, Roe detailed how he served abroad in the military and saw firsthand what it looks like when free speech is stifled.

“We’ve had free speech for so long… we don’t know what it’s like to live without it," Roe said.

“I put a uniform on 45 years ago… to provide people that right… and millions of men and women have done that also," he added.

When asked for his thoughts on Trump’s executive order, he sounded optimistic, saying “I think it will have teeth. I think having them have to prove that they’re not obstructing free speech to get a grant… I like that idea.”

Watch the full interview to see what else he had to say: