Major win for free speech in Florida as Gov. gets campus heads to sign resolution

The governor's comments came around the same time that 11 presidents of Florida's state universities heeded his call. 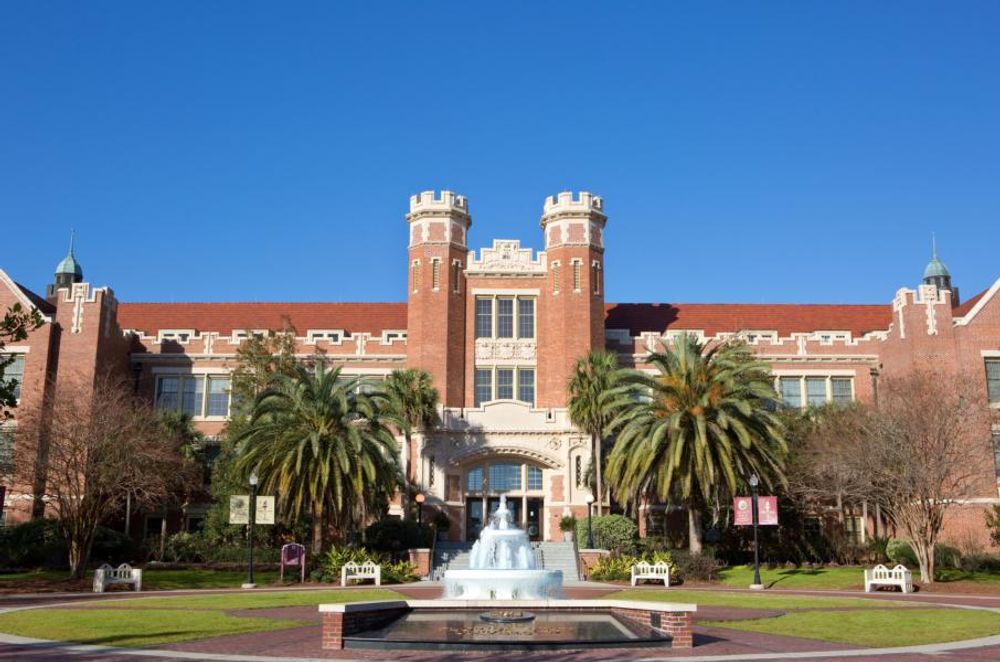 “I’m asking all of our state’s college and university presidents to adopt a resolution similar to the Chicago statement at the University of Chicago championing free speech on college campuses," DeSantis said during the press conference.

DeSantis’ remarks were followed by an endorsement of the policy by FSU President John Thrasher.

“FSU is proud to join with eleven other institutions in the Florida state university system in affirming the dedication to preserving and celebrating freedom of expression and freedom of inquiry,” Thrasher said. “We support Gov. DeSantis on his position in strongly and unconditionally advocating for free speech at our universities.”

Corey Adamyk, the vice chair of FSU College Republicans, told Campus Reform that the club is thankful for DeSantis’ initiative.

DeSantis and Thrasher were also joined by Florida Commissioner of Education Richard Corcoran and Marshall Criser, the chancellor of the State University System of Florida.

“As elected leaders, we have a responsibility to ensure our constitutional freedoms extend to our state’s educational institutions and are not encumbered,” DeSantis said, before adding that more speech, not less, is the answer to controversial speech.

“The role of the university is not to shield students from speech that make them uncomfortable," the governor continued. "The cure for speech that one disagrees with lies not in prescription, but in open debate and free inquiry."

DeSantis also criticized colleges and universities that have resorted to canceling events and speeches because of protests. He called such actions “a sign of weakness on behalf of school administrators.” DeSantis said he hopes the free speech resolution will be shared and on display for all on campus to see and added that he doesn’t believe Florida has a free speech crisis like other states.

“I don’t think Florida has gone down that road," DeSantis said.

When asked if white supremacists should be allowed to speak on campus, DeSantis said that, similarly, if a communist was invited onto campus, the best response would be to counter the speaker with facts and not ban them altogether: “You point out the death toll in the Soviet Union. You point out the experiences that we have from people in Florida who have fled [communism]."

He also referenced Richard Spencer’s 2017 speech at the University of Florida as an example.

“With this guy at UF a couple of years ago...that is somebody who is trying to stoke division, and I think some of these people, the biggest antidote you can do is if they give a speech and only eight people show up. That is really the worst because they really feed off trying to gin people up,” DeSantis said.  “I would tell people, you have someone like that, an empty auditorium would be the best response you can give to that.”

“The most offensive speakers to me are the easiest ones to combat because it's very easy to point out why those views don't really pass muster under virtually any type of analysis," the governor said.

Ultimately, DeSantis said that colleges and universities should prepare students for the “real world” and that providing safe spaces would only run counter to a student’s interests.

“If you're trying to compete in business or something, there’s not going to be a safe space in the business world. You're going to have to compete,” DeSantis said. “We want to make sure we’re preparing our students not just to have a rich education but for success later in life.”

Campus Reform reached out to several Florida universities for comment on this story.

Dennis Schnittker, a spokesman for FSU, told Campus Reform that FSU “supports Governor DeSantis on his position in strongly and unconditionally advocating for freedom of speech at our universities.” Schnittker added that FSU contributed to the statewide resolution signed last week, and was proud to host Governor DeSantis’ press conference.

Campus Reform also reached out to UF but received no response in time for publication.