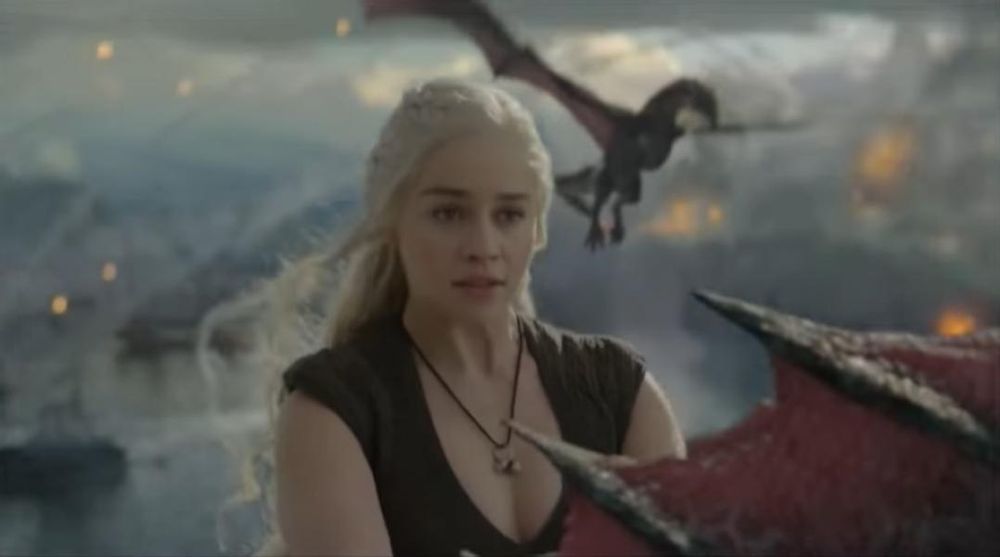 A California professor expanded on his view that Game of Thrones is a reflection of white supremacy in a Saturday interview, alleging that the main black male character "must be literally castrated to be 'good.'"

Antioch University professor Timothy Malone commented on his essay for left-wing publication TruthOut, titled "The Real Monster in 'Game of Thrones' Is Its Hidden Reactionary Ideology" during an interview with Salon.

In his original essay, he describes Game of Thrones as "a show about our relation to the prison, our obsession to disappear people, who, once on the other side of the wall, are not 'people' anymore. The wall represents the boundaries of 'us' as a nation, and those who are not 'us' and must be excluded: the criminal and the immigrant."

Malone compares the wildlings beyond the Wall to poor whites and the White Walkers or Others to racial "others."

"It is whiteness as social capital," the professor explains in TruthOut. "You may be poor and at the bottom of the hierarchy, but at least you’re not Black, (or in this case, an ice zombie). That’s why [the wildlings] were located beyond the wall (the prison). In the show, they become deputized in the struggle against White Walkers; in reality, the device has been to turn some percentage of them into cops and prison guards with good benefits to ensure their loyalty to white supremacist capital."

Malone likens the fear of the Others passing beyond the Wall to a fear of immigrants crossing the border and black people escaping the prison and the "hyperghetto." He also ties this into a fear of miscegenation.

The professor proceeds to bash Grey Worm and Missandei, the show's two major black characters, in his essay.

"You can have Black people close to power — but not in power. The Black man (Grey Worm) must be literally castrated to be 'good,' to be safe," he writes. "Pulled from the dregs, freed by whiteness, Black men can’t pose a sexual threat to white women. They must be thankful. The Black woman, Missandei, must bear European standards of beauty — be light, non-threatening, sexually desirable, submissive. When she is executed, it is purely as foil in furtherance of the plot demand to energize the coming confrontation between two visions of white supremacy, the Lannisters and the Targaryens."

Malone compared viewers' frustration with Missandei's death to performance of an "I have Black friends so I can't be racist" argument.

In his TruthOut essay, the professor refers to non-white characters in the show as occupying roles as "imperial cannon fodder." Malone expands on this view during his interview with Salon.

"The show is not asking the viewer to look at the Dothraki as cannon fodder," he continues. "'Game of Thrones' is saying that we already think of black and brown and poor kids as cannon fodder."

"By definition, America is a white supremacist society," Malone explains to Salon. "Racism is in our culture, it's in our politics. It's in our economics, It's in our law. And if that's the assumption, then racism — and sexism as well — are going to leave their mark on popular culture."

"These white saviors are also empowered to contemplate things like genocide," Malone told Salon. "This, too, is an example of the ultimate logic of white supremacy."

Malone briefly discussed with Salon what he termed "toxic masculinity" in the show, noting its effect on even female characters in Game of Thrones by claiming that the strength of these characters derives from who can exercise violence most effectively and who can best hide their feelings.

"There is still a binary where men are defined as being rational and women are understood to be emotional," the professor said. "Rape is also a means through which a woman's strength is earned — a type of trial by fire. This is beyond problematic."