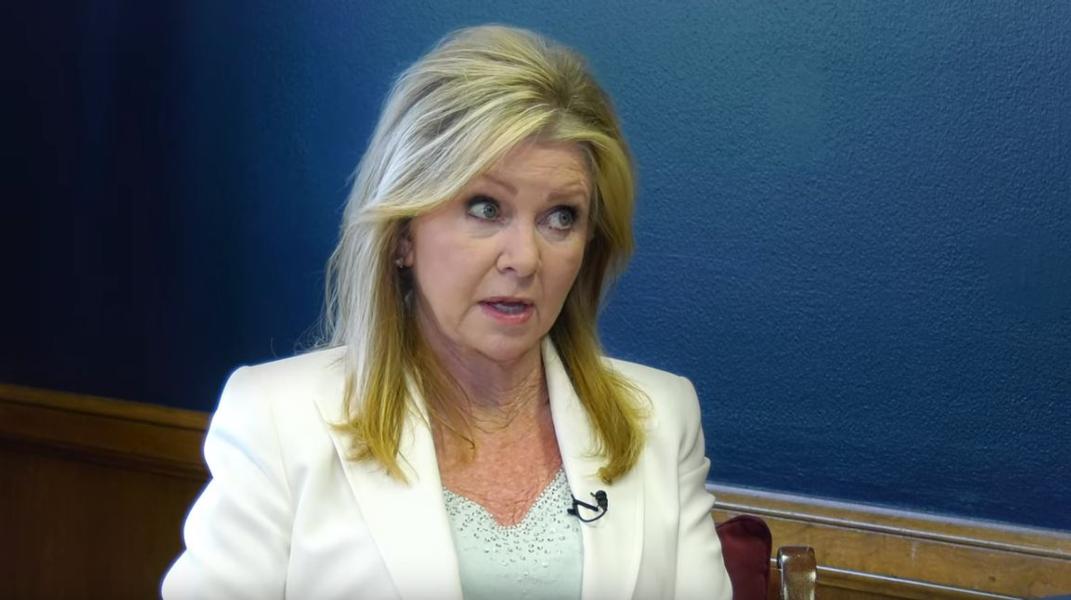 Earlier in June, Sen. Marsha Blackburn (R- Tenn.) took to the Senate floor to rally support for the Campus Free Speech Resolution of 2019, a measure she co-sponsored with ten other senators from around the country.

Calling it “a first step in restoring sanity to free speech for American college students,” Blackburn challenged students to welcome outside opinions and called out universities that haven’t done enough to foster an environment conducive to the free exchange of ideas.

“We want our institutions of higher learning to be an area where people can hear different points of view."

Campus Reform's Cabot Phillips sat down with Blackburn in her Washington, D.C. office to get more details on the resolution and hear her thoughts on the state of free speech on college campuses today.

“We want our institutions of higher learning to be an area where people can hear different points of view. We don’t think it’s appropriate to have a litmus test to say ‘only if you agree with the liberal view or the approach from the left, can you be considered worthy to participate in this conversation,’” she said, while explaining the need for free speech on campus.

Sen. Blackburn went on, saying “imagine how you would feel if you were on a college campus and you were not encouraged to be inquisitive and learn… you were discouraged from hearing other opinions.”

When asked why this was an issue that was so important to her, Blackburn noted, “I always feel my conservative viewpoints and principles have been strengthened by reading works from our founders… and challenging myself.”

“I will periodically read something with which I know I’m going to disagree. But I’m going to defend that person’s right to express themselves,” she added.

“The [student] fees should go to cover specifically what the student is going to need. It shouldn’t be just a slush fund that can end up being used for whatever is not included in the base budget of the university,” she added.

In closing, Blackburn offered a message to conservative students on campuses around the country.

“Be encouraged. Be grateful that you are not someone who falls in line with the liberal dictate of the day. That you know who you are and what you stand for. And don’t ever let anyone tell you to sit down and shut up.”