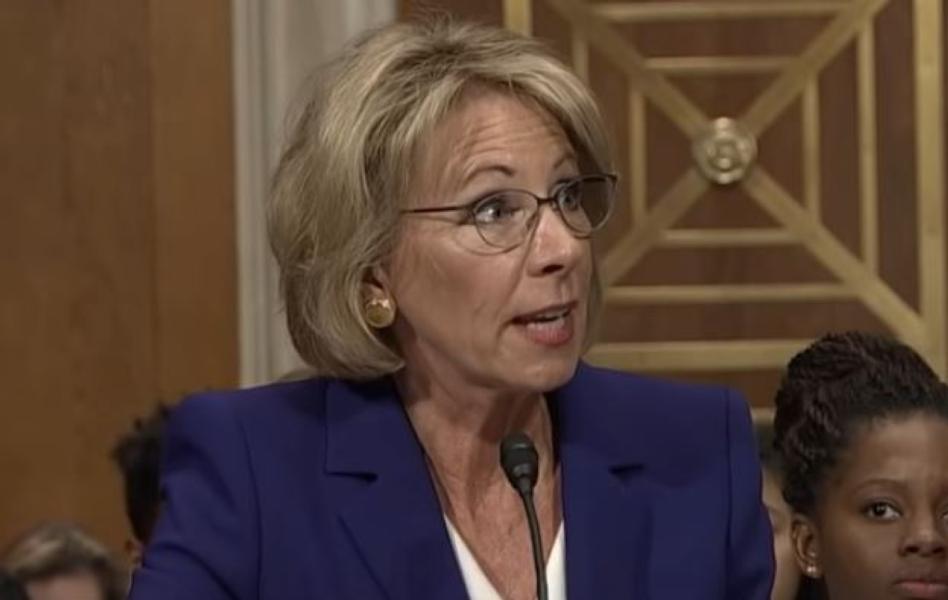 The Department of Education has opened an investigation into the University of North Carolina-Duke Consortium for Middle East Studies after receiving complaints of anti-Semitism at the event, which was partially funded by a federal grant.

According to WTVD-TV, Secretary Betsy DeVos responded to Rep. George Holding’s letter calling for an investigation into the incident by agreeing to open up an investigation.

“I am troubled by the concerns outlined in your letter"

“I am troubled by the concerns outlined in your letter,” Secretary DeVos said in her June 18 letter. "In order for the department to learn more about this matter, I have directed the Office of Postsecondary Education to examine the use of funds under this program to determine if the Consortium violated the terms and conditions of its grant."

Rapper Tamer Nafar was a performer at the conference hosted by the Duke-UNC Consortium for Middle East Studies and drew allegations of anti-Semitism because of a song he performed on stage, as Campus Reform reported at the time.

The song Nafar was singing at the time, titled, "Mama, I fell in love with a Jew," describes a Palestinian man coming to terms with how he has fallen in love with a Jewish woman while trying to put the ongoing culture clash between the two groups of people behind them.

Specifically, DeVos said she is investigating whether the consortium violated a provision of Title VI of the Higher Education Act of 1965, namely that activities funded by federal grants must "reflect diverse perspectives and a wide range of views and generate debate on world religions and international affairs."

In a press release, Rep. George Holding (R-NC) said that he is pleased the DOE is investigating the incident.

“I appreciate Secretary DeVos treating this matter with the seriousness and attention it deserves,” Holding said. “Honest academic debate featuring diverse perspectives and a wide range of views is critical in a democratic society and a cornerstone of America’s educational system.”

Roz Rothstein, CEO of StandWithUs, told Campus Reform that she is pleased that the DOE is opening the investigation.

“University departments should not be using taxpayer funds to hold events that promote anti-Semitism or any other form of hate,” Rothstein said. "We hope this investigation will help ensure accountability for the conference and prevent similar incidents from occurring in the future."