VIDEO: Students say America is NOT the greatest country on Earth 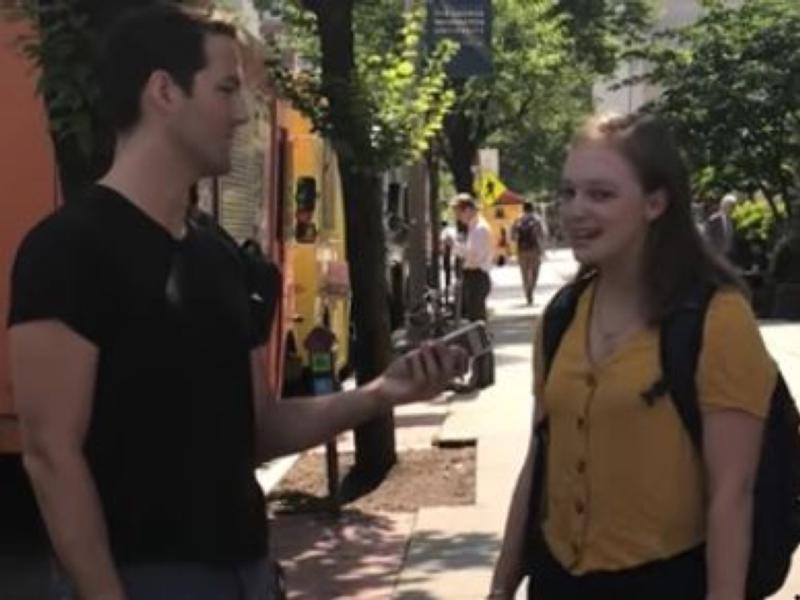 This Fourth of July, people across the nation will set off fireworks, grill, and spend time with family in celebration of America’s independence.

But not everyone will be feeling the patriotism.

A recent Gallup survey shows the number of people who consider themselves “proud or very proud” to be American is at an all-time low.

According to the survey, just 45 percent of Americans considered themselves to be “extremely proud” of their nation, while the number for those in the Democrat party was at 22 percent- a ten percent decrease since last year.

Wanting to know whether college students were proud of their country and whether they think it’s the best in the world, Campus Reform's Cabot Phillips headed to George Washington University to find out.

[RELATED: VIDEO: Students say they’re not proud to be American]

“There are so many issues right now that I can’t say I’m proud to be an American,” said one student quickly, while another added “I think there are a lot of things to be proud of, but at the moment there are a lot more things we have to be ashamed of.”

When asked why they weren’t feeling patriotic, students turned to the White House.

“Definitely because of our current President…” one said, while another flatly stated, “I can’t be proud of a country that elected Trump.”

There were some students who disagreed, though.

“One of the most patriotic things a person can do is realize there are a lot of problems in the country and be willing to solve those problems and still love their country at the end of the day,” one said.

What did students say when asked what is the greatest country on Earth?

Watch the full video to find out.