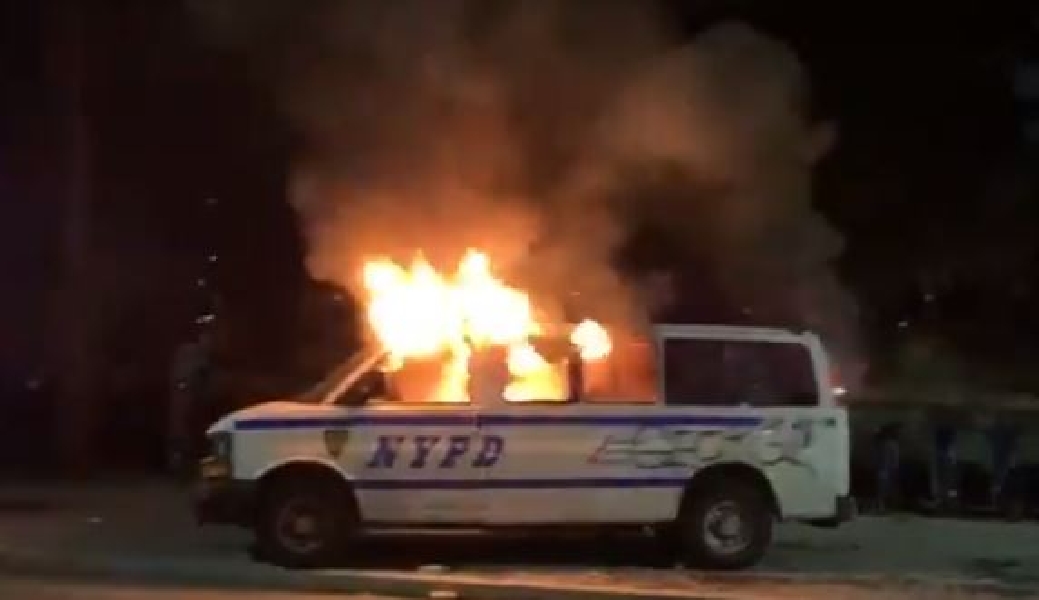 “any violence for political reasons is by definition terrorism"

Antifa, which stands for “anti-fascism," gained national attention during the “Occupy Wall Street” protests in 2011 and became increasingly prominent throughout the 2016 election cycle. Individuals associated with the group have appeared on college campuses, threatening attendees of events featuring conservative speakers, attacking journalists, and one man who claimed “I am Antifa” was killed after attacking an ICE facility in Washington State, armed with a rifle and Molotov cocktails.

Most recently, anti-police brutality protests nationwide turned violent after individuals said to be part of Antifa have looted businesses, vandalized storefronts, and torched buildings. Some of the worst riotings took place Saturday night. On Sunday morning, President Donald Trump tweeted his intent to label the far-left a terror organization.

"The United States of America will be designating ANTIFA as a Terrorist Organization," Trump tweeted.

The United States of America will be designating ANTIFA as a Terrorist Organization.

“Antifa are terrorists, violent masked bullies who ‘fight fascism’ with actual fascism, protected by Liberal Privilege,” Sen. Bill Cassidy (R-La.), who proposed a resolution in 2019 to label Antifa a terror organization, said in 2019.

“Antifa is a terrorist organization composed of hateful, intolerant radicals who pursue their extreme agenda through aggressive violence,” Sen. Ted Cruz (R-Texas) said at the time.

Wanting to know what students thought, Campus Reform's Cabot Phillips headed to George Mason University in 2019 to find out.

Bringing along Gabriel Nadales, a former member of Antifa and current employee of the Leadership Institute, Campus Reform's parent organization, Phillips and Nadales asked students if they thought the group deserved a “terrorist” designation.

All but one student with whom Campus Reform spoke agreed that Antifa should be labeled a "domestic terror organization." After the lone student who initially disagreed with using that label heard the definition of terrorism  --- “using violence or intimidation in the pursuit of political objectives” --- his response changed.

“If they’re going there with the intention of starting violence I think that’s definitely a terrorist organization,” one student said, while another added, “any violence for political reasons is by definition terrorism, so yeah.”

“If they are going and attacking people would that be considered a terrorist group? I guess, yeah…”

What would students who supported the group have to say when confronted with the reality of their violence by a former Antifa member?

Watch the full video above to find out.