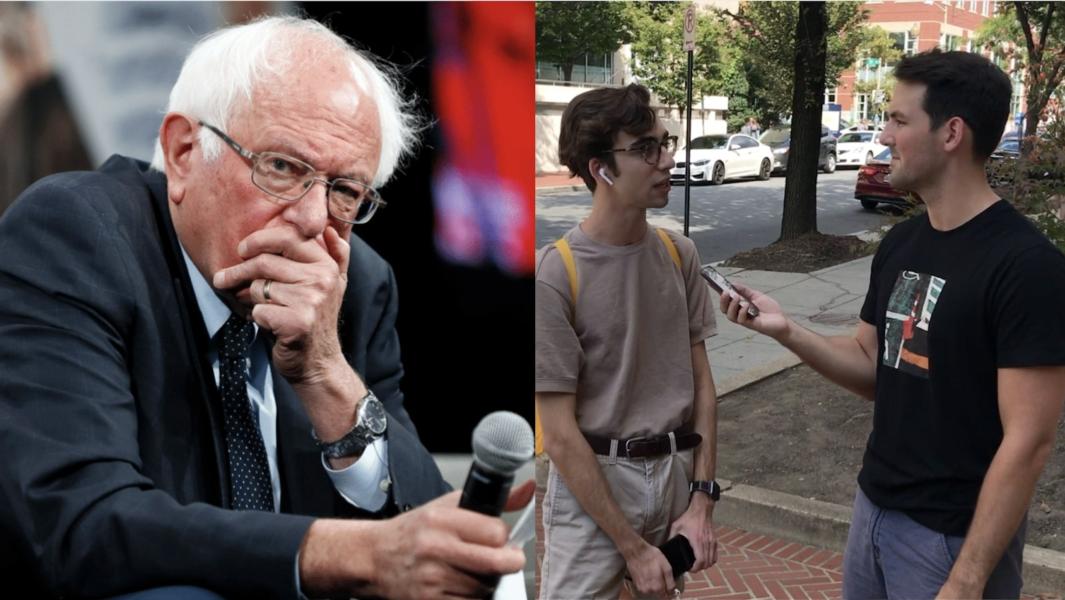 As student loan debt in America inches towards $2 trillion, Democrat presidential candidates like Sens. Bernie Sanders and Elizabeth Warren have proposed plans that would "forgive" student loan debt for millions of Americans.

Supporters of th]ese proposals say they would offer young Americans the financial freedom they need to contribute to the economy while detractors point out the hefty price tag and potential danger in the message it sends to the next generation.

This week, Sanders was asked whether he’d forgive credit card debt as president as that, too, can be a drag on the economy. But Sanders' response to credit card debt was much different from his approach to student loan debt. "You want to buy something, you pay for it," he said.

[RELATED: VIDEO: Students support socialism...but not when it comes to their GPAs]

“No, because I think that’s something that people do to themselves when you buy things even if you know you don’t have enough money,” one student told Campus Reform when asked whether the U.S. should cancel Americans' credit card debt. When Campus Reform followed up by asking the student how that was different from taking out a student loan, she responded “yeah, that’s true… but one, like, helps your future.”

One student opposed the idea of paying off credit card debt, but defended student loan forgiveness because “that’s part of the social contract and you should be okay with your taxes going to that.”

Many students said the reason credit card debt shouldn’t be forgiven is that it’s voluntary, while they feel student loan debt is not.

“You don’t have to have a credit card… it’s not essential in the same way that a four-year college education has become,” one said, while another added, “you don’t have to own a credit card,” but in order to achieve the American Dream “you kind of have to go to university.”

Did anyone agree to the proposition or change their mind after thinking it through?

Watch the full video above to find out.