U. Kentucky closes academic building to mandatory classes over a...mural

The mural has sparked protests over the past few years.

A painting of Kentucky history depicting black Americans picking crops in a field has caused the University of Kentucky to close the academic building where it resides. 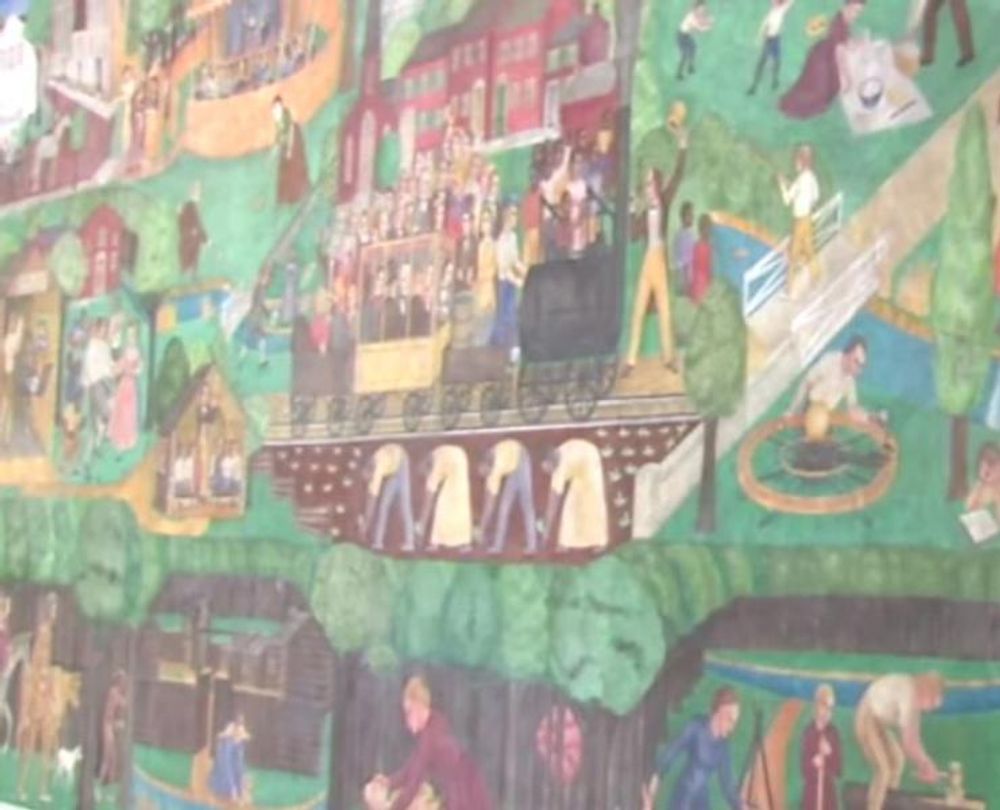 The University of Kentucky will not hold any required classes in one academic building because of a mural that some students find offensive.

Artist Ann Rice O’Hanlon’s 1930s work in Memorial Hall is the reason for UK making the move, according to the Lexington Herald-Leader, but the mural is currently covered and not visible.

The mural depicts black Americans picking crops in a field as well as a Native American wielding a Tomahawk and resulted in a student protest during the spring 2019 semester. Students met with the UK president and came to a conclusion that the mural should be covered.

[RELATED: Tufts to remove mural with only white people ‘to attract a diversity of people’]

“The university has made the decision that, beginning this spring, mandatory classes will no longer be held in Memorial Hall,” Blanton said. “Of course, organizations continue [to] utilize this venue, when they choose to do so, for events along with other facilities on campus.”

Blanton also said that in the fall 2019 semester, the university will engage with different members of the community to determine display options for the mural.

“We will be continuing a process over the next few months of engaging with students, faculty, and staff over how best to utilize this facility for the future and how best to display the mural,” the spokesman told Campus Reform.

“Ultimately, right now President Capilouto wants more dialogue and to involve more people about how do we further contextualize the space,” Blanton said, according to the report.

Tsage Douglas, who is a UK student and helped organize the protest, told the Herald-Leader that she is pleased to see that the university is moving forward with the action plan presented by the Black Student Advisory Council.

However, this is not the first time that the mural has been covered, and in 2015 an identical move was made after student protests. In 2018, artist Karyn Olivier contextualized the work by adding black figures from Kentucky’s history to the dome containing the mural.

[RELATED: U. of Kentucky covers mural of settlers ‘to respond to the pain that it causes’]

But this new rendition by the self-described “black immigrant female gay artist” was not enough for some protesters.

Kiara Pryor, a student at UK, told Campus Reform that she understands why this is an important topic, but has a different view of the mural than do the student protesters.

“The mural only shows us how far we have come as African Americans and being half African American, I can respect and relate to that,” Pryor said. “Especially at a major university, I think that we should see works of art like the mural, or Robert E. Lee statues and be able to reflect and have a dialogue instead of throwing a tantrum about it.”