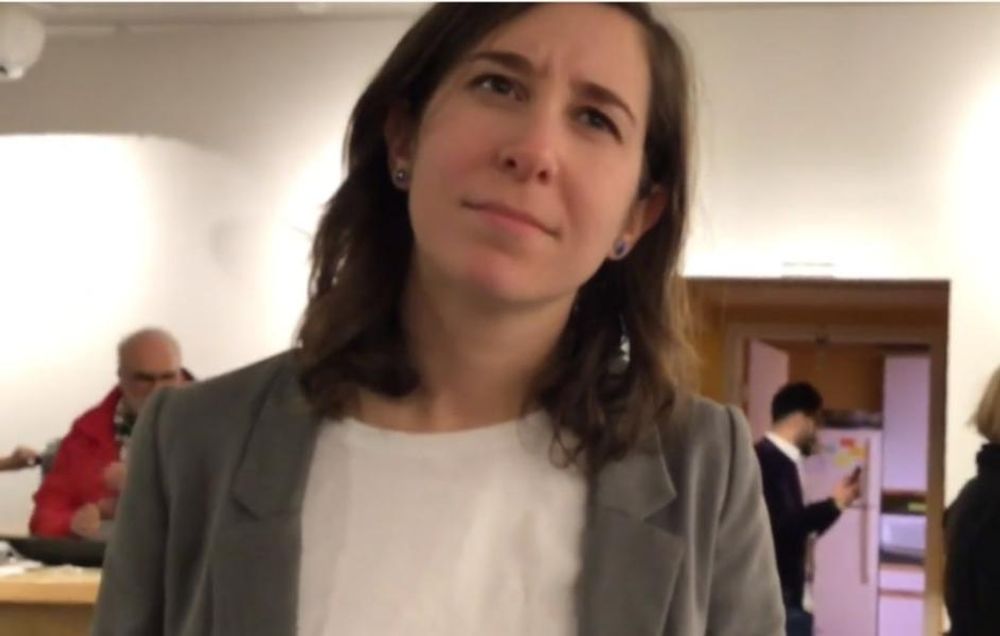 “Are white people’s brains hardwired to see one thing but believe the opposite because of race?” Moore asks in the chapter. “Do all white people suffer from some shared low-grade of mental illness?”

The filmmaker lists stats comparing white and black childbirth deaths, unemployment, and more before asking why white people have “been able to get away with this without all ending up like Reginald Denny,” a white truck driver who was almost beaten to death by black men.

Moore suggests that he and Rev. Louis Farrakhan, who has compared Jews to termites and called Adolf Hitler a “very great man,” are the only two people angry with racial discrimination against Blacks.

Moore, who is white himself,  also takes a jab at black conservatives.

Under a list, titled, “Survival Tips for White America,” Moore advises his white readers to put an arm around their black friends and tell them, “Your people aren’t ever going to have it as good as we do. And if you think working hard and trying to fit in is going to get you a seat on the board of directors when we’ve already got our black seat filled -- well, friend, if its equality and advancement you seek, try Sweden.”

Moore includes “Hire only Black People” as the first tip under this list, along with other tips like “don’t marry whitey.”

In a second list, titled, “Survival Tips for Black People,” Moore jokingly advises his black readers to place a “life-size, inflatable white doll” in their passenger seat when they drive, in order to avoid racial profiling.

“The cops will probably think you’re a chauffeur,” he writes, “and leave you alone.”

Under the tip “Voting While Black,” Moore tells black readers to vote for congressional candidates on the Left, claiming that “whites have rigged our elections.”

Syracuse Professor S.N. Sangmpam, who teaches the course that requires “Stupid White Men,” told Campus Reform that he does not know what is controversial about the book or the chapter: “Ask those who object to read[ing] the chapter,” he said, “and evaluate it in light of one of the class topics in the syllabus, ‘Politics and the Socioeconomic Status of African Americans.’”

Campus Reform spoke with #BLEXIT Activist Chandler Crump, a young conservative who does not see how the contents of the required chapter relate to the class topic being evaluated.

“I believe having a chapter titled ‘Kill Whitey’ in a course for African American Politics isn’t exactly wrong,” he states. “Throughout the history of African American Politics, there have been many movements that have had the idea to ‘Kill Whitey.’ However, the contents of the chapter do not discuss actual political movements and instead displays the author’s disdain for black conservatives.”

“You never hear a White Liberal tell a White Conservative that they are a traitor to their race, because they are a Republican or a Conservative,” Okafor told Campus Reform. According to Okafor, assigning the book chapter “correlates with the systematic thinking that white progressives have always wanted African Americans to believe--- that if they stray from progressive mainstream thought, they are no longer black.”

[RELATED: Black conservative shouted down for speaking ‘against own people”]

Gill Gross, a Syracuse student who recently dropped the course, told Campus Reform that he sees no problem with Moore’s book or the chapter being assigned “as long as the course doesn’t require that you agree with the opinions” portrayed.

He views the book’s title, “Stupid White Men” as satirical.

“With the satirical nature in mind, I don’t believe it’s divisive.”

Professor Sangmpam told Campus Reform that “students who have read the book for the last 15 years would have already objected” if they had a problem with it.

But Syracuse senior Katie Dukewits suggests that this is because the students who take this course are probably “the kinds of people who want their opinion reinforced.”

“You’re telling me you’ve never had a conservative kid walk into that classroom? I guarantee there is another student in there who wasn’t comfortable confronting him,” she told Campus Reform.

“The status quo will stay the same if no one is going to say anything.”

The course’s list of required readings does not include any authors with discernibly centrist or conservative views, according to the course syllabus, a copy of which Campus Reform obtained. Sangmpam requires students to read a work co-authored by Stanford University professor Lucius Barker, whose faculty bio says he was an “active participant in the 2008/2009 presidential campaign of Barack Obama.”

The other two authors of that work are Mack Jones, who tweeted a story questioning President Donald Trump’s mental health and Katherine Tate, who asserts in a study that Republicans have resisted addressing black Americans’ needs.

The Syracuse professor also mandates students read a work by Manning Marable, who is listed as a black American socialist on the Democratic Socialists of America’s site. The fourth required reading is by Franklin D. Gilliam, chancellor of the University of North Carolina at Greensboro, who received an award in 2015 for his dedication to social justice.

Dukewits believes that a class requiring a Michael Moore reading should include “another balanced alternative.”

[RELATED: “Georgia TA: ‘Some white people may have to die’”]

“If the roles were reversed and a person on the Left had to read an extreme right[-wing] point of view, everyone knows that professor, class, or book would be tossed out. Not allowed. But I think that is what makes the Right so strong.”

Campus Reform asked Sangmpam whether he would assign a book if it were written by someone on the far-right, but he did not respond.

Justine Brooke Murray is a New York Campus Correspondent, reporting on liberal bias and abuse for Campus Reform. She is a Junior at the Maxwell School at Syracuse University, majoring in Political Science. Justine is the Founding Chair of Syracuse University’s Young Americans for Freedom chapter and the former Chief of Staff for the New York Federation of College Republicans. She stood with President Trump at the White House when he signed the Ca…