The student, Kevin Edsel, is being charged with property destruction and disturbing the peace.

A University of Nevada-Reno student is facing charges after a video allegedly showed him knocking over a Turning Point USA table. 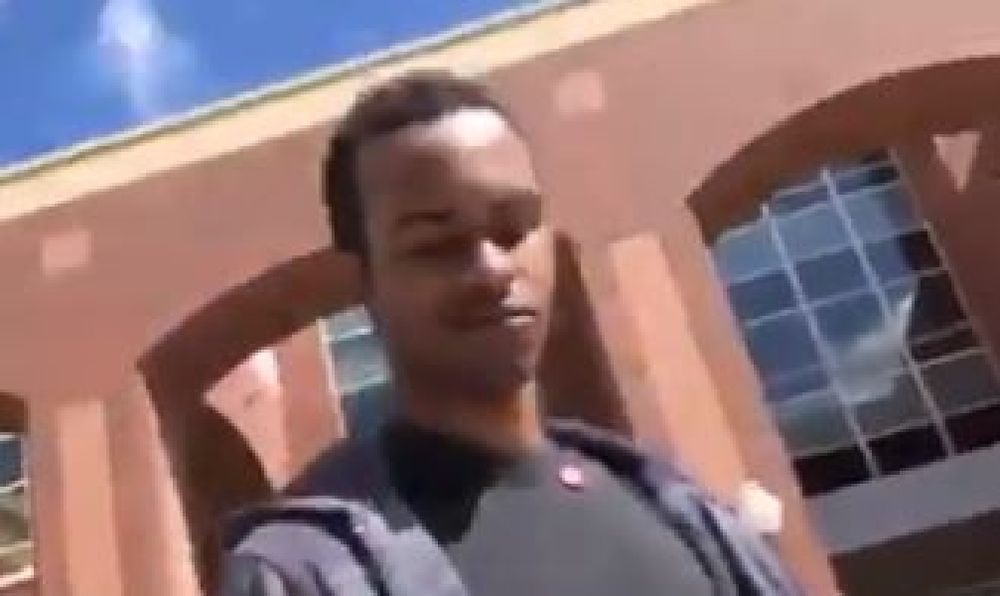 A University of Nevada-Reno student is facing charges after a physical confrontation with Turning Point USA members who were promoting an upcoming event with the organization’s founder, Charlie Kirk. Kirk’s appearance on campus was part of his “Culture War” tour.

The initial confrontation occurred several days before the event and was posted to Kirk’s Twitter. In it, police say Kevin Edsel can be seen shouting expletives to the Turning Point members before flipping over their table and running away.  Edsel now faces charges of property destruction and disturbing the peace. He was booked into the Washoe County Jail a few days after the incident.

According to online court records, Edsel pleaded not guilty to both misdemeanor counts. He is due in court on November 21.

RT so they can't ignore pic.twitter.com/WknR3OjvtL

Kirk’s event on campus was met with other counter protests. UNR’s “Anti-Racist Coalition” protested the event and held signs that accused UNR of protecting racists for inviting Kirk.

Over 800 members of the UNR community sent a letter to UNR President Marc Johnson calling on him to take action against TPUSA. Citing the Southern Poverty Law Center, the letter accuses TPUSA of being “linked with white nationalist organizations.”

The letter also attempts to connect Turning Point with “white supremacist,” “anti-Semitic,” “sexist,” and “anti-LGBTQ” messages on campus. It also accuses the group of “verbal intimidation, doxxing, and inciting mass media spectacles,” among other things.

Campus Reform reached out to the Turning Point chapter at UNR, but received no response in time for publication.