VIDEO: Eduardo Neret on colleges' latest attempt to 'erase' history 'they don't like' 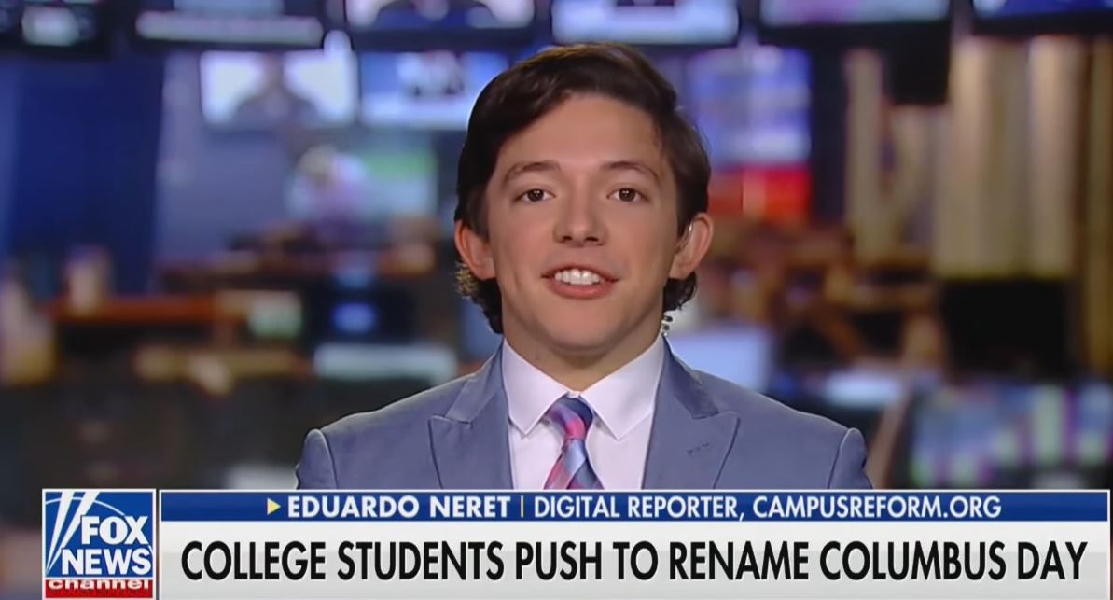 "Educators can use this day to explain that. They can add context to history."

Among the examples he highlighted were Vanderbilt University hosting a lecture on "white cannibals" and, as Campus Reform reported earlier in 2019, the University of Notre Dame covering up murals of Christopher Columbus.

While there's an argument to be made regarding Columbus' treatment of native peoples upon his arrival to the New World, Neret pointed out how the event nonetheless is a significant turning point in world history.

As Campus Reform has reported, colleges around the country have called for the removal of statues of Founding Fathers, as was the case at Hofstra University in New York. And at George Washington's namesake university located in the city named for him -Washington, D.C., students at George Washington University voted to replace the school's "George the Colonial" mascot.

Neret referenced these examples as well.

"We've already seen it with the Founding Fathers. We've seen it with history in our own country and if Americans don't take a stand on this, we're going to see this next generation of college students go out into the real world and try to scrub our history."