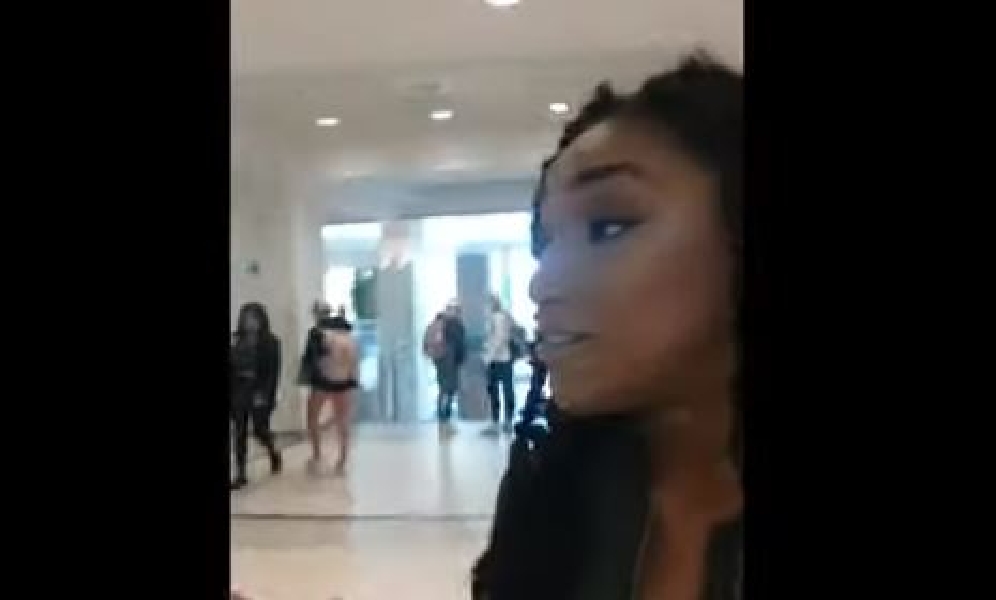 Pennsylvania State University sent a campus-wide announcement condemning an appearance by two anti-leftist speakers and offering to counsel to students in light of their presence around the same time that one student was recorded throwing away signs promoting the event.

"The University has put into place a number of measures aimed at the safety and security of its community..."

The day of the late October event, the university released a statement not only condemning the speakers' past "repulsive" rhetoric, but also directing students to various counseling and "crisis" help available on campus "for those who may need" it.

This announcement also asked students "who experience or witness bias or discrimination" to file a report via the school's online bias reporting system for "reporting acts of bias or intolerance." The University of Michigan recently disbanded its Bias Reporting Team following a settlement resulting from a lawsuit by the free speech legal nonprofit SpeechFirst.

"The student chapter of Turning Point USA at Penn State has invited two YouTube personalities to speak on the topic of ‘Big Tech Censorship’ on Oct. 23 on the University Park campus. Past comments by these individuals have been both inflammatory and controversial, and the University has put into place a number of measures aimed at the safety and security of its community," the school said, adding that the speakers "have both been banned from social media platform Twitter for their derogatory and hateful comments about various groups."

"The prior hateful, grotesque and disturbing views expressed by these individuals are in direct conflict with the University’s values and we profoundly disagree with the views that have been espoused by both individuals," Penn State continued. "We understand that some of the repulsive language used by these individuals in the past has been extremely hurtful. The University stands with our community members who oppose this hate-filled and derisive rhetoric, and we remain committed to our belief in civil discourse, inclusivity and diversity."

An editorial piece published by the student paper explains that concerns around the speakers hinge on the fact that "Benjamin brands himself as an anti-feminist" and "caused commotion" for telling a member of the British Parliament on Twitter that "[he] wouldn't even rape [her]" and that Avallone published a YouTube video titled "The Truth About Transgenders," where he "criticizes members of the LGBTQ community."

Said video has since been removed.

But president of Penn State Turning Point USA President Sean Semanko told The Daily Collegian that his group is "not about divisiveness," and is instead "here to have some fun."

TPUSA was met with adversity not only from the university itself but also from individual students.

Exclusive video obtained by Campus Reform shows one Penn State student admitting to stealing and throwing away event promotion materials belonging to the Turning Point USA chapter as the group attempted to invite people to the speech.

"Why are you throwing away our stuff?" the TPUSA representative repeatedly asks.

At the event, both Benjamin and Avallone offered thoughts about student protesters.

When Campus Reform asked with which comments specifically the university took issue, Penn State Senior spokeswoman Lisa Powers told Campus Reform, “our statement stands and we have nothing further to add.”

Benjamin told Campus Reform that offering counseling services for students in light of his appearance “is just a sign of the on-going decline of intellectual life in the West,” adding “it's pathetic that the administration felt so held hostage that they needed to abandon any pretense of impartiality and begin moralizing, as if they were a church.”

“The whole episode demonstrates the left-wing cult mentality that is gripping academia at the moment, and the only reason the administration did not deplatform the event is Trump's Twitter feed,” the YouTuber told Campus Reform. “They have no commitment to free and open discourse, but they do have a fear of losing their funding, and that keeps them in line. It's a terrible thing when our institutions are not governed by the universal principle of free expression and inquiry, but then, that's why my talks are relevant in the first place.”

In a statement to Campus Reform, Avallone said that while “it is fully within the university’s right to distance itself from [his] past remarks,” he wishes “it would take into consideration [his] recent opinions,” which he says he has “very openly espoused.”

“If anyone was so offended by my speech last night to the point they needed counseling, they didn’t listen to my speech,” Avallone said, adding, “if you are so offended by the presence of a person you don’t like on your campus, regardless of their message, you need counseling for other reasons.”