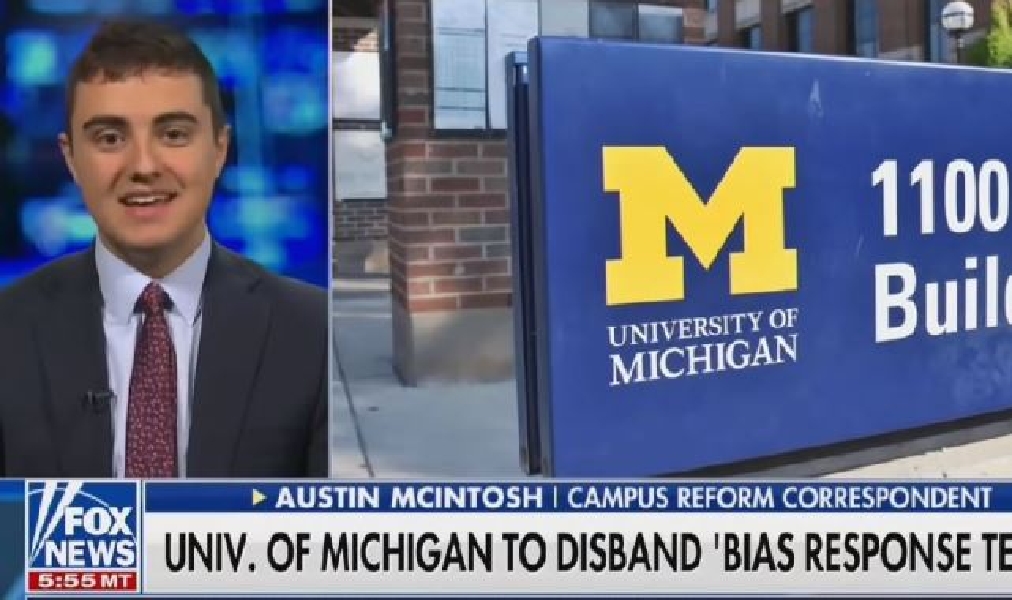 "when you bring in these conservative morals and values, it pops"

“The University of Michigan has a disciplinary code that prohibits ‘harassment’ and ‘bullying,’ and increases the penalties if such actions are motivated by ‘bias,’” Speech First said in a 2018 press release. “As used, these concepts capture staggering amounts of protected speech and expression given that Michigan defines harassment as ‘unwanted negative attention perceived as intimidating, demeaning, or bothersome to an individual.’”

After months of litigation, the university settled the lawsuit in October, agreeing to remove its disciplinary Bias Response Team and replace it with the nondisciplinary Campus Climate Support.

"Speech First’s victory paves the way for college students who may have been too fearful or intimidated to express their opinions to finally embrace their free speech rights and engage in true academic discourse," Speech First President Nicole Neily told Campus Reform.

"While our battle is far from over, we are pleased that the administration will no longer maintain policies that have both the purpose and the effect of chilling student speech," Neily added.

On Friday, McIntosh, a UMich senior majoring in political science, reacted to the disbanding of the Bias Response Team on Fox & Friends.

Host Steve Doocy pointed out, however, that while UMich has disbanded its Bias Response Team, there are still 200 colleges across the country that still have similar "bias response" enforcements teams.

"I think those inhibit our freedom of speech," McIntosh said. "These colleges with their liberal bias, they live in this liberal bubble and when you bring in these conservative morals and values, it pops, and people get upset."