The assignment implied that such language is not “respectful,” and linked to a CNN article asserting that the phrase is a slur.

Students enrolled in an Intro to Cultural Anthropology course at the University of Florida were told not to use phrases like “illegal immigrants” in a recent assignment.

Students in one course at the University of Florida were told to avoid the use of phrases referring to illegal immigrants as “illegal,” suggesting that doing so would not be "respectful," despite the fact that "illegal alien" is the legal term for any person not lawfully present in the U.S.

Anthropology instructor Max Van Oostenburg asked students in his course to answer a series of questions pertaining to migration, the U.S. role in globalization, and ethnography. The instructor ended the online assignment’s instructions by warning students to “please be sure to participate to [sic] this discussion in a respectful way.”

“I ask you not to use terms like ‘illegal immigrants’, ‘illegal aliens’, ‘the illegals,’” Oostenburg told students.

Oostenburg then linked students to a CNN op-ed claiming that the phrase “illegal immigrant” is a slur.

“The term ‘illegal immigrant’ was first used in 1939 as a slur by the British toward Jews who were fleeing the Nazis and entering Palestine without authorization. Holocaust survivor and Nobel Peace Prize winner Elie Wiesel aptly said that ‘no human being is illegal,’” the piece reads.

Oostenburg's course syllabus, a copy of which Campus Reform obtained, suggests that use of the term "illegal immigrant " in the class could result in a failing grade.

"You will receive 0 points if your posts are disrespectful, offensive, or contains racial/ethnic slurs," the syllabus states.

Schwartz was unable to answer definitively on behalf of Oostenburg, answering “not to my knowledge” about whether or not students had used the term in course sections not taught by himself.

According to Oostenburg’s syllabus, discussion board assignments like the one in question comprise 30 percent of each student’s final grade. The course sets several criteria for earning a passing grade in this category, including a mandate that students be “always respectful”. The syllabus states, “Please be succinct and always respectful… You will receive 0 points if your posts are disrespectful, offensive, or contains racial/ethnic slurs.” 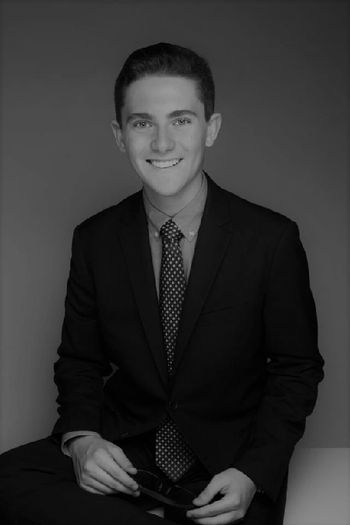