VIDEO: Students call to OUTLAW fossil fuels...but would they give up their own cars? 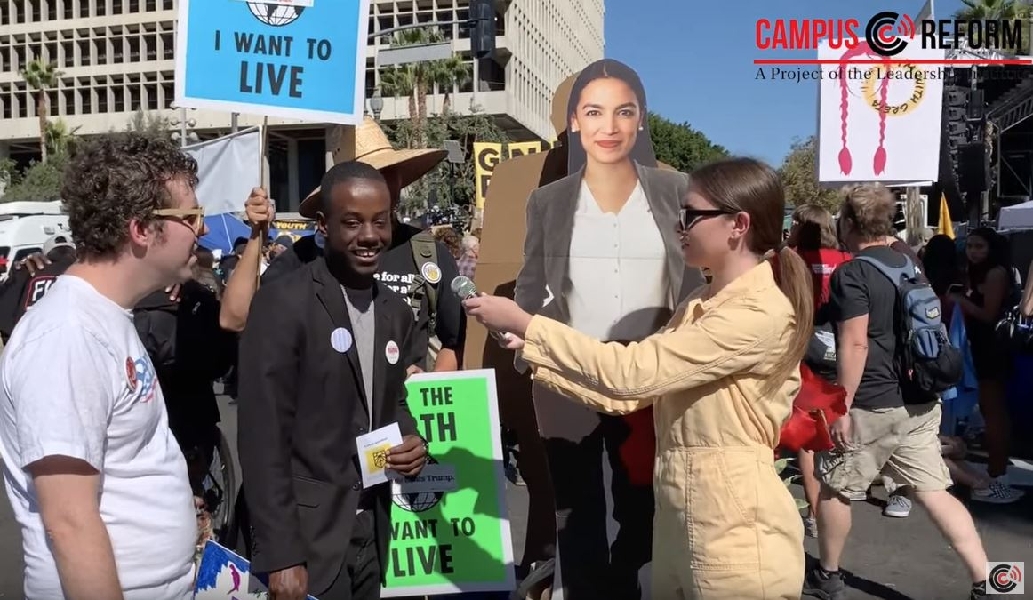 “If a parent or guardian checks a student out of school to participate in the Youth Climate Strike Los Angeles, the absence will be considered excused due to the educational component,” LAUSD released in a statement.

Instead of utilizing the expansive network of bike lanes the cities of Los Angeles and Santa Monica installed costing approximately $5 million in taxpayer dollars just for upgrades to existing bike lanes, the majority of attendees skipped school and arrived in cars.

Campus Reform California Campus Correspondent Fiona Moriarty-McLaughlin attended the protest to ask students there whether they would support a law that would make fossil fuels illegal.

Most of the students Moriarty-McLaughlin spoke with said they would.

"Obviously, fossil fuels are damaging our environment and it's such a big issue, like, I want it gone," one student said.

"Absolutely, we've got to get money out of politics," another responded.

Yet another student agreed that fossil fuels should be illegal but at the same time said "we need to have an actual way to phase them out."

One student who supported outlawing fossil fuels acknowledged the inherent challenges in doing so.

"Show me how that's actually possible in a system where every major production chain involves fossil fuels from the top to the bottom," he said.

"The problem is the system of capitalism," he later added. "It's capitalism and imperialism and fundamentally we need a revolution in order to actually stop the destruction of the planet."

Would the same students advocating to outlaw fossil fuels be willing to give up their cars, though? What about their cell phones?

Watch the video above to find out.