A graduate student at the University of California-Berkeley took to twitter on Wednesday to express his disdain for rural Americans and those who aren’t “pro-city.”

According to his resume, he has taught ten courses at the university over the past several years. 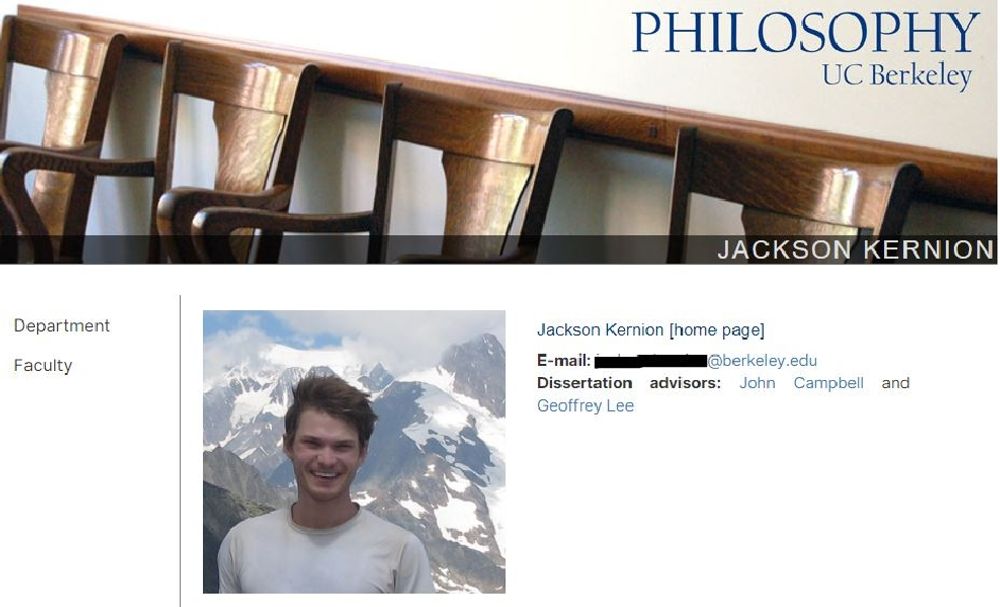 A man who identifies himself as an instructor at the University of California-Berkeley publicly proclaimed Wednesday that Americans who live in rural areas are “bad people” who deserve “uncomfortable” lives.

Jackson Kernion, who describes himself as a Graduate Student Instructor at Berkeley, having taught at least 11 philosophy courses at the university since 2013, took to Twitter Wednesday to explain the academic reasoning behind his distaste for people from rural America, calling those who live in rural areas “bad people who have made bad life decisions.”

Kernion began the thread by advocating against affordable healthcare solutions in rural America, saying that “Rural Healthcare Should be expensive! And that expense should be borne by those who choose rural America!”

[RELATED: Prof doubles down on 'Happy 9/11' tweet despite university's condemnation]

He argued that promoting a need for “affordable rural healthcare” is equivalent to arguing for rural Americans “to be subsidized by those who choose a more efficient way of life.”

Kernion tried to justify his statements with economic arguments about not making rural life “*artificially* cheaper,” but quickly devolved into personal attacks against rural and not “pro-city” Americans.

“I unironically embrace the bashing of rural Americans. They, as a group, are bad people who have made bad life decisions. Some, I assume are good people. But this nostalgia for some imagined pastoral way of life is stupid and we should shame people who aren’t pro-city,” he wrote in a since-deleted tweet.

After receiving backlash for his comments, Kernion issued a pseudo-apology for the “tone” of his tweet.

“Pretty sure I did a bad tweet here. Gonna delete it,” he wrote. “I’ll want to reflect on it more later, but my tone is way crasser and meaner than I like to think I am.”

Campus Reform reached out to both Kernion and Berkeley for comment but did not receive a response in time for publication.