Prof: Thanksgiving centered around 'myth,' should be 'Day of Mourning' 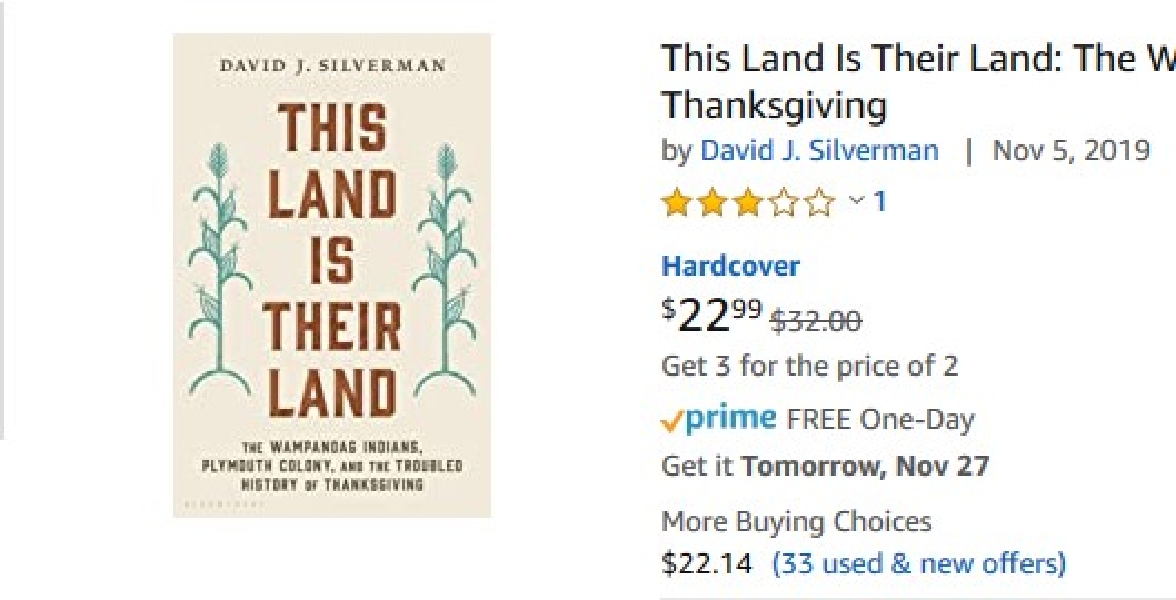 George Washington University is using the Thanksgiving holiday to push a narrative that the holiday is centered around "myths," and that "white America's triumphs" were "borne on native peoples' backs."

This Thanksgiving, GWU is highlighting a book by History Professor David Silverman titled This Land Is Their Land: The Wampanoag Indians, Plymouth Colony, and the Troubled History of Thanksgiving that "deconstructs the facts around the Thanksgiving holiday."

"The National Day of Mourning calls attention to the fact that white America's triumphs have been borne on native peoples’ backs."

Silverman discusses the "myth" about the First Thanksgiving that he believes is "hurtful to both modern native people and to Americans generally."

“The Thanksgiving myth brings native people into the story of our national origins, but then they disappear. The Pilgrims and their descendants carry on, but native people are just gone,” said Silverman, who says the goal of his book is to help readers "see that native people never went anywhere. They're still here."

The professor's book "sheds profound new light" on the lead up to the "creation, and bloody dissolution," of the alliance created between the Pilgrims and Natives on the First Thanksgiving and prompts readers to "consider tensions that developed" before and after the historic day.

According to the book description, Silverman explains the reasoning behind treating Thanksgiving as a "Day of Mourning," including that it supposedly typically "celebrates a myth of colonialism and white proprietorship of the United States," and encourages Americans to "rethink" how we "tell the history of Thanksgiving."

Silverman says that Native Americans are "hurt by the way we celebrate this national holiday" and that it "makes them feel like second class citizens in their own country."

"The National Day of Mourning calls attention to the fact that white America's triumphs have been borne on native peoples’ backs," said Silverman.

Campus Reform reached out to Silverman and the university for comment but did not receive a response in time for publication.