He says that before he was even finished testifying, he received an influx of threatening messages.

Jonathan Turley was the only person on the panel of law professors who testified before Congress on impeachment and suggested that the case had not been made for Trump's impeachment. 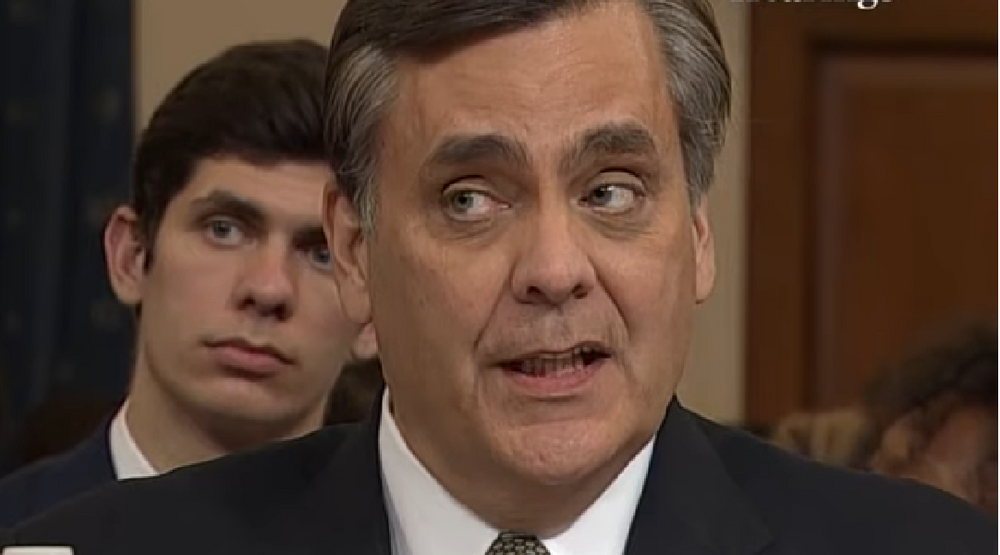 Professor Jonathan Turley says he has been harassed and threatened since his Wednesday testimony on the impeachment of President Donald Trump. Turley was one of four law professors present, but the only one who asserted that impeachment at this point would be inappropriate in the eyes of the constitution.

In his Wednesday testimony before the House Judiciary Committee, the George Washington University Constitutional Law professor argued that "while a case for impeachment can be made, it has not been made on this record."

In a Thursday op-ed for The Hill, Turley revealed that he was "inundated with threatening messages" and demands that the university fire him before he even finished his testimony.

"In my testimony Wednesday, I lamented that, as in the impeachment of President Clinton from 1998 to 1999, there is an intense 'rancor and rage' and 'stifling intolerance' that blinds people to opposing views," Turley wrote. "My call for greater civility and dialogue may have been the least successful argument I made to the committee."

Turley went on to suggest that the anger against him was largely baseless, in that he doesn't necessarily support Trump or believe him to be unimpeachable, but rather that those seeking impeachment have failed to make a convincing legal case for such an action up to this point.

"My objection is not that you cannot impeach Trump for abuse of power but that this record is comparably thin compared to past impeachments and contains conflicts, contradictions, and gaps including various witnesses not subpoenaed," wrote the professor.

"I suggested that Democrats drop the arbitrary schedule of a vote by the end of December and complete their case and this record before voting on any articles of impeachment. In my view, they have not proven abuse of power in this incomplete record."