Karlan claimed Trump showed 'defiance' of Constitution before he was president 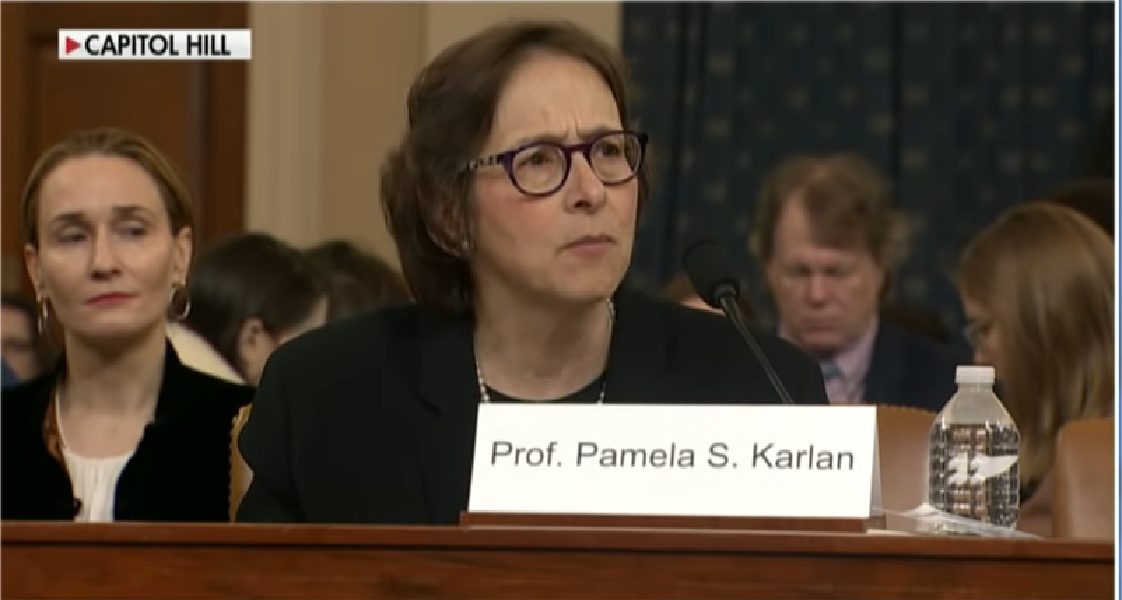 Years- old comments made by Stanford Law School professor Pamela Karlan who testified in favor of impeaching  President Donald Trump at Wednesday’s hearing show that she had already made up her mind about the president before he even took office, insisting as far back as 2016 that Trump is inherently averse to the constitution.

Long before her recent testimony to the House Judiciary Committee, Karlan told the San Francisco Chronicle in a Dec. 19, 2016 article, that then-President-elect Donald Trump shows a "defiance" toward the U.S. Constitution more than any previous president.

Long before her recent testimony to the House Judiciary Committee Karlan, said that then-President-elect Donald Trump has an “across-the-board combination of ignorance, indifference and defiance” of the constitution.

“Nearly every president has probably done something that a court has later held unconstitutional or contrary to law,” said Karlan, who served in the Justice Department under President Barack Obama. “But I can’t think of one who had such an across-the-board combination of ignorance, indifference, and defiance.”

The Stanford Law professor also opposed to Jeff Sessions' nomination as attorney general, stating in a letter with 1,000 professors that she was “convinced” that he would not properly enforce the law, according to The Washington Post.

“We are convinced that Jeff Sessions will not fairly enforce our nation’s laws and promote justice and equality in the United States,” states the letter against Sessions nomination. “All of us believe it is unacceptable for someone with Senator Sessions’ record to lead the Department of Justice.”

Karlan also made comments criticizing the presence of conservatives on the Supreme Court after Justice Antonin Scalia’s death in 2016, telling The Washington Post that the court doesn’t seem to have an appetite for “aggressive conservative legislation.’”

“The era of aggressive conservative legislation and litigation in the Supreme Court may largely be over, unless and until Justice Scalia is replaced by someone like-minded,” Karlan said. “Each of these cases was an attempt to push the law sharply to the right, and the court doesn’t seem to have the appetite for this.”

Karlan was also at one point considered a possible Obama nominee for the Supreme Court according to the National Journal.

During her impeachment testimony, the former Obama official came under fire after making a joke about President Trump’s son, Barron.

“While the president can name his son Barron, he can’t make him a baron,” Karlan said, but later apologized for making the joke.

“I want to apologize for what I said earlier about the president’s son. It was wrong of me to do that. I wish the president would apologize, obviously, for the things that he has done that’s wrong but I do regret having said that,” Karlan said.