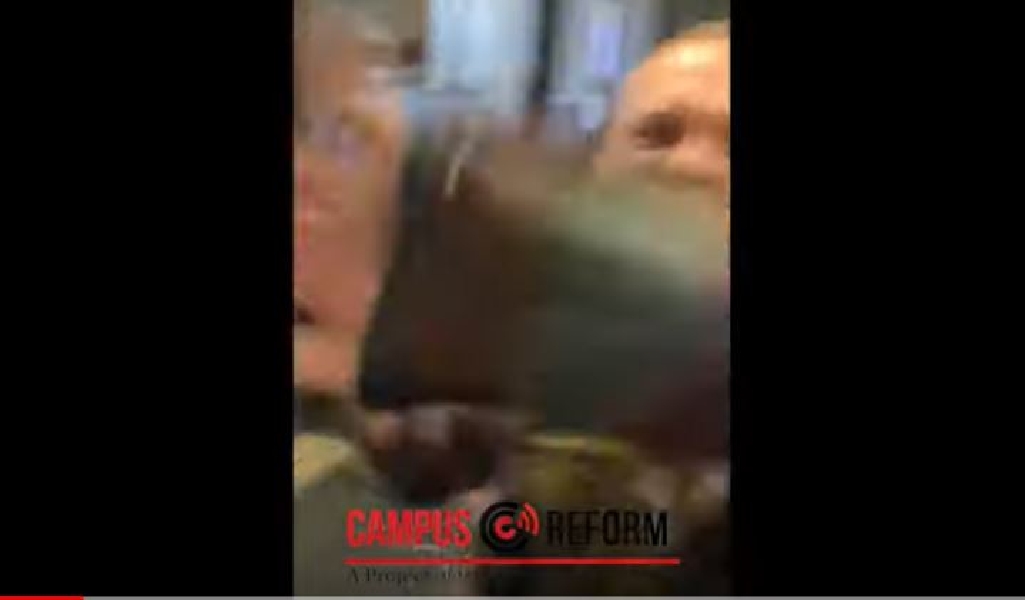 A student at Sacramento State University confronted a conservative student Friday, leading to a violent altercation that was caught on video.

Floyd Johnson, the California College Republicans Director of Activism captured footage of whom he described to Campus Reform as being a leftist student who allegedly assaulted him. Both Johnson and conservative social media personality Kaitlin Bennett identified the angered assailant but Campus Reform has not independently confirmed the identity of the individual.

“Motherf**ker, you’re going to end up f**kng dead,” the assailant screams as he appears to swing his fists at Johnson.

"That is battery. That is assault," one student is heard saying in the video.

The footage Johnson shared with Campus Reform shows the assailant nevertheless continuing a verbal and physical tirade as bystanders and faculty attempt to de-escalate the situation.

Johnson told Campus Reform that after the video ended, the assailant called him an “Uncle Tom,” a racial slur used to describe black conservatives. He stated that he feels the attack and the assailant’s derogatory remarks were politically motivated.

"I do feel like it was politically motivated," Johnson told Campus Reform.

Johnson also reported that, following the assault, police officers took a statement from him, and said they will continue to investigate and file charges against the assailant for disturbing the peace, and that the District Attorney may choose to prosecute further. Johnson added that he is open to the possibility of pursuing a civil suit, and that school officials have contacted him regarding the incident.

The assailant's violent outburst appears to be the result of a political disagreement that began on Facebook on Thursday, Johnson told Campus Reform. Johnson said he noticed a post about the assailant from Bennett and commented that he and the assailant are enrolled in a shared class this semester. According to Johnson, this prompted the assailant to message Johnson directly, telling him that if he has something to say, then "say it to my face."

Johnson said that after class concluded Friday, his friend Henry confronted the assailant about his remarks. This prompted the assailant to accuse the conservative duo of “harassment” before lashing out physically.

“I do feel somewhat unnerved because this guy clearly doesn’t have it all together,” Johnson remarked.

Sacramento State University President Robert Nelson released a statement following the incident, saying, "I am deeply disturbed and appalled to learn that there was a fistfight on campus today between two students. We are investigating the situation, but I want to make it unequivocally clear that violence is never the answer. Sacramento State is a caring campus - a welcoming place for all members of the Hornet Family. No one should ever be physically attacked. Everyone deserves to feel safe and secure in expressing their identity and beliefs."

"Today’s incident in no way reflects Sacramento State’s values. Violence on our campus will not be tolerated. We are committed to the values of the Hornet Honor Code. In today's increasingly tense political climate, we must care for each other and treat one another with respect despite our differences," Nelson added.

Campus Reform reached out to the student identified as the assailant but did not hear back in time for publication.