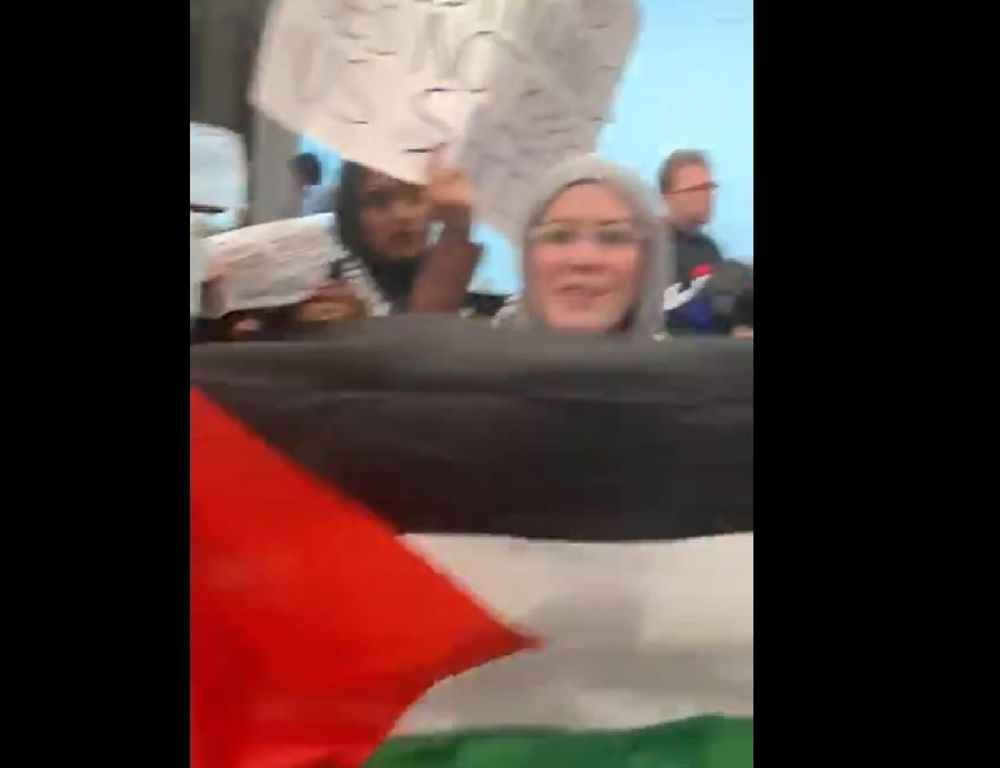 As the University of California-Berkeley student government met to vote on a bill condemning anti-Semitism on campus, disruptive pro-Palestinian students showed up to overshadow the occassion.

"Last night, UC Berkeley's student government was supposed to vote on a bill that would condemn antisemitism on campus," Michanie tweeted. "But instead of addressing the antisemitic incident, dozens of protestors threatened and intimidated Jewish students on campus."

Last night, UC Berkeley's student government was supposed to vote on a bill that would condemn antisemitism on campus.

But instead of addressing the antisemitic incident, dozens of protestors threatened and intimidated Jewish students on campus. @UCBerkeley, take action. pic.twitter.com/ZDxEcWlMwx

The Jewish Press reported that the name of the pro-Palestinian group that disrupted the meeting is Bears for Palestinians, the same group behind a campus display that was widely criticized as anti-Semitic.

UC-Berkeley sophomore Maya Reuven wrote in an op-ed for the student newspaper, The Daily Cal that she was "horrified to find Bears for Palestine’s display in Eshleman Hall, honoring figures who carried out the same types of attacks in Pittsburgh, Poway, Jersey City and Monsey."

"The ASUC Senate’s University and External Affairs Committee must stand with the Jewish community during these trying times and pass the resolution titled 'Condemning Bears for Palestine for Their Display in Eshleman Hall Glorifying Violent Terrorists," Reuven wrote.

"Bears for Palestine has every right to honor Palestinian activists, and there are certainly many notable Palestinian figures to choose from; consider Bassem Eid, a prominent Palestinian peace activist who works diligently to call out human rights abuses in the Palestinian territories and bring both sides closer to a peaceful resolution. Unfortunately, instead of commemorating activists, BFP commemorated individuals whose reputations stem from their murder of Jewish people," she added.

“All that it says is that terrorism- and the glorification of perpetrators of terrorism- is wrong. Nowhere other than Berkeley would such a bill have been controversial in the slightest," Zerman said.

One Berkeley student who asked to remain anonymous and attended the actual event told Campus Reform, “Whenever a Palestinian protester would speak, they would discuss everything but the actual bill the hearing was about. This includes calling Israel an apartheid state, calling Jewish students colonizers, and saying that the terrorists discussed in the bill were 'freedom fighters."

The student said that one Jewish student was even called a "nazi" and that a pro-Palestinian student threatened to assault a Jewish student.

UC-Berkeley spokesman Dan Mogulof told Campus Reform that the meeting was not held "to address anti-Semitism."

"Rather it was a meeting of the university’s student government to consider a resolution regarding posters that had been put up in the student center," Mogulof said.