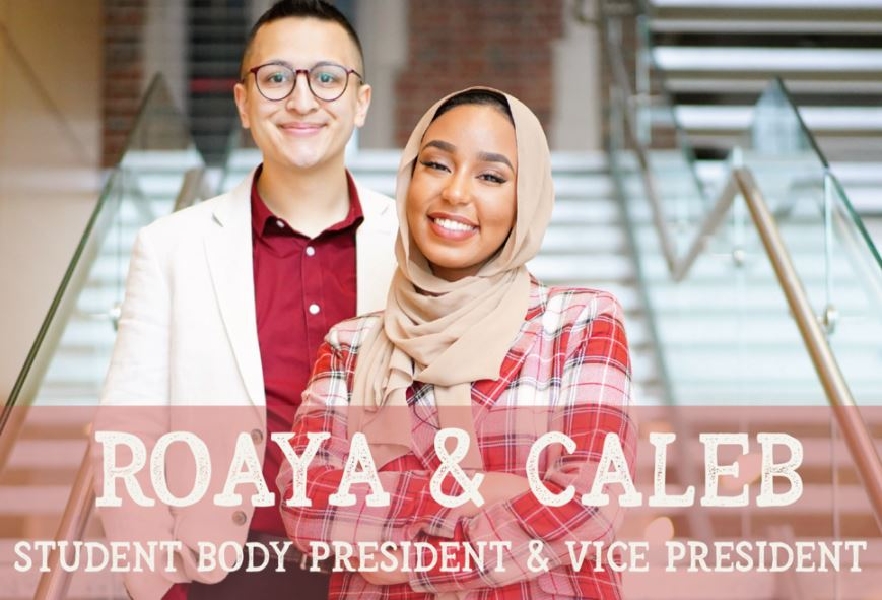 Roaya Higazi and Caleb Hineman for student body President and Vice President at Ohio State University launched their campaign just last week. In addition to their executive campaign, the pair has endorsed a slate of senatorial candidates for the student body general assembly.

“A student government campaign is running on the platform of giving financial assistance to...wait for it...illegal aliens..."

The slate currently consists of 21 senate candidates, all of whom are running behind the same policy stances.

The election for the executive ticket and senate seats began Monday and will conclude Wednesday night.

The Higazi and Hineman for President and Vice President campaign website includes a policy document titled "Power of Students". The policy supported by the candidates says that in light of the “barriers” for “undocumented students,” these students cannot “receive financial or institutional support from public universities.”

According to the campaign’s Twitter page, which has amassed 350 followers since its launch, eight student organizations at OSU have endorsed the ticket and senate slate. One of these student organization endorsements came from the International Student Council.

The campaign did not respond to Campus Reform’s request for comment about logistics of this policy in time for publication.

Campus Reform reached out to the current Student Body President at OSU, Kathleen Greer, who despite having inspired several policies in the Higazi and Hineman campaign said she will be staying neutral in this year’s race.

“There is no rule that says I cannot endorse a campaign; however, I am staying neutral. I want the playing field to be as even as possible for all teams,” Greer said.

[RELATED: Michigan State: 'Our goal is to reduce apprehension' of illegal immigrants]

Other policies supported by the thanHigazi and Hineman campaign include advocating for more accessible gender-inclusive restrooms, a decrease in the use of natural resources on the campus, and a $15 per hour minimum wage for student workers on campus, according to the campaign website and Instagram page.

The policy document also reveals the team had support long before official campaigning began a week ago.

The executive ticket and senate slate acquired more than 3,000 student signatures just to be on the ballot; however, the campaign has not been met with support from everyone.

In a tweet, the OSU Young America’s Foundation chapter expressed its opposition to the platform of the Higazi and Hineman campaign.

At Ohio State, a student government campaign is running on the platform of giving financial assistance to...wait for it...illegal aliens attending the university. Are we surprised? Sadly no. @yaf @campusreform pic.twitter.com/8wQLljX4DT

“A student government campaign is running on the platform of giving financial assistance to...wait for it...illegal aliens attending the university. Are we surprised? Sadly no,” the group's tweet said.

When asked about this particular campaign policy, Greer stated that it is typical for administrations to advocate for students politically.

“USG at Ohio State gets involved in the political and governmental sphere in order to protect our students and serve them. We represent all students, and we will advocate for affordable education for all students,” Greer said, “USG is a non-partisan organization. Most issues are handled in our General Assembly through dialogue and a vote. Members of the public are encouraged to join us during these sessions to voice their opinions.”