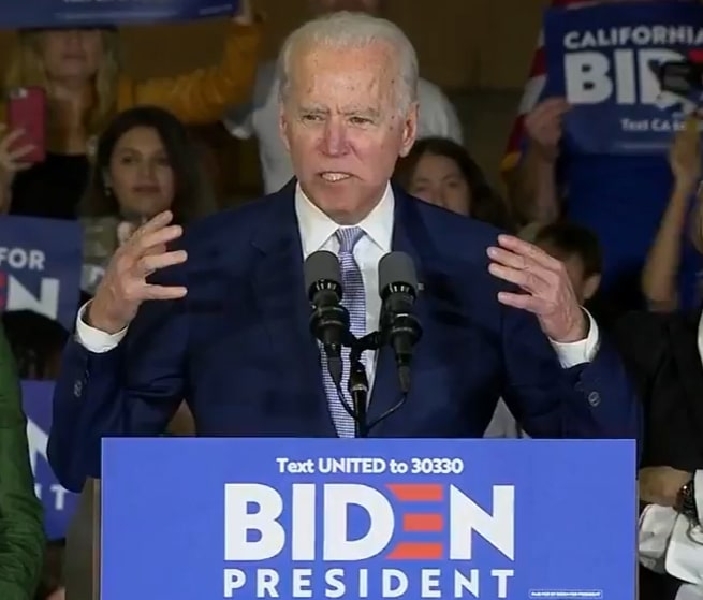 As of about 10 p.m. Eastern Standard Time Tuesday, Biden had already won Virginia, North Carolina, Alabama, Tennessee, Oklahoma, Minnesota, and Massachusetts. By all accounts, it was a good night for the former vice president, who just in recent days has made multiple gaffes, including tripping up while attempting to quote the Declaration of Independence.

“I’ll be honest with you, I’m drawing a blank on what he’s accomplished"

Biden's Super Tuesday win brings him one step closer to going toe-to-toe with President Donald Trump who, despite coronavirus fears, presides over the strongest national economy in more than a generation. That's the main accomplishment the Trump campaign is touting ahead of November, prompting the question: What is Biden's biggest accomplishment?

Back in August 2019, Campus Reform's Cabot Phillips went to Detroit, Michigan, the site of the second Democratic presidential debate, and asked voters to name some of Biden's biggest accomplishments. Those Phillips spoke with struggled to come with any.

“I’ll be honest with you, I’m drawing a blank on what he’s accomplished,” one person said when asked to name one of his accomplishments.

Another person said "no," when asked what the former vice president has accomplished.