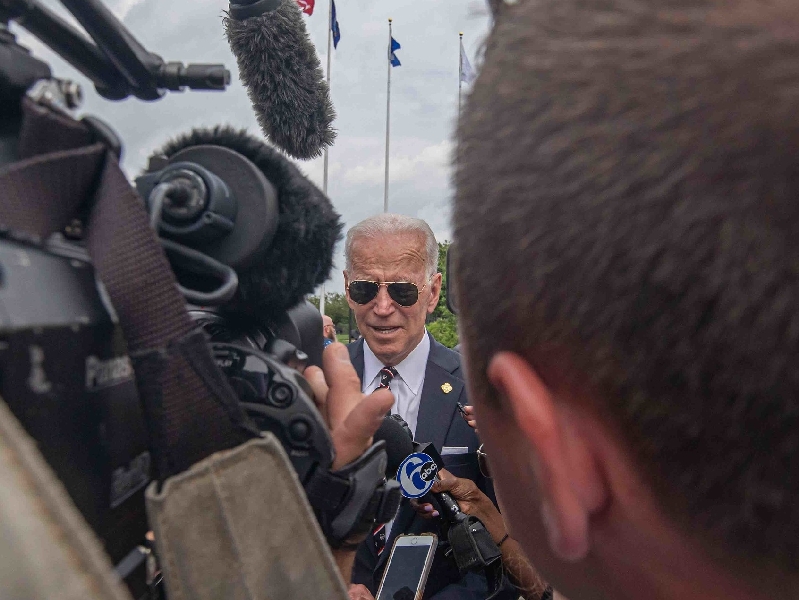 Fresh off several big recent electoral victories, former Vice President Joe Biden's favorability among voters in the Democratic presidential primary is growing. However, Biden might have a more difficult time winning over some younger voters.

Biden has faced an uphill battle winning over younger voters, particularly college students, as polls show that they overwhelmingly favor Sanders, a self-described Democratic socialist. However, after losing South Carolina and most of the Super Tuesday states, Biden now holds a sizeable delegate lead over Sanders, who has so far shown no sign of dropping out of the race, at least before Sunday's debate.

Throughout the early stages of Biden's candidacy for president, college students described Biden and his actions to Campus Reform as "creepy," "corrupt," and "racist." Those characterizations came after Campus Reform shared with those students past statements from Biden, photos of his interactions with women and girls, as well as his son Hunter Biden's position on a Ukraine oil company's board.

In April 2019, Campus Reform traveled to the University of Iowa to ask students for their thoughts on photos of Biden interacting with women, including instances where he stood them clutching their shoulders and caressed their hair. Students in Iowa were shocked by what they say.

In June 2019, Campus Reform went to Marymount University in Virginia to ask students about some of Biden's past quotes, including "You cannot go into a 7-11 or a Dunkin Donuts unless you have a slight Indian accent. I’m not joking." Another was when Biden said to a predominantly African American audience, “They’re going to put y’all back in chains" and another occurred while Biden was referencing his former boss, former President Barack Obama: "I mean, you got the first mainstream African-American who is articulate and bright and clean and a nice-looking guy."

Students were initially under the impression that President Donald Trump said these statements, which most characterized as "racist." They were then told it was actually Biden who said these things, not Trump.

And in September 2019, Campus Reform visited the University of Miami to ask students about Hunter Biden's position on a Ukrainian oil company's board, where he was paid $50,000/month, despite having no industry experience.

Students were initially led to believe that it was President Donald Trump's son, Donald Trump Jr., with the lucrative arrangement, which they described as being a "conflict of interest" and "corrupt." Students then found out it was Biden's son, Hunter, not Trump's son.