The professor allegedly admitted that she knew she was breaking the law by way of "civil disobedience."

Despite her vandalous acts, she says she wants more conservative activism on campus, admitting that they are at a disadvantage on campus.

A conservative group says a professor recently admitted in a recorded conversation to tearing down a conservative student groups signs for an event. 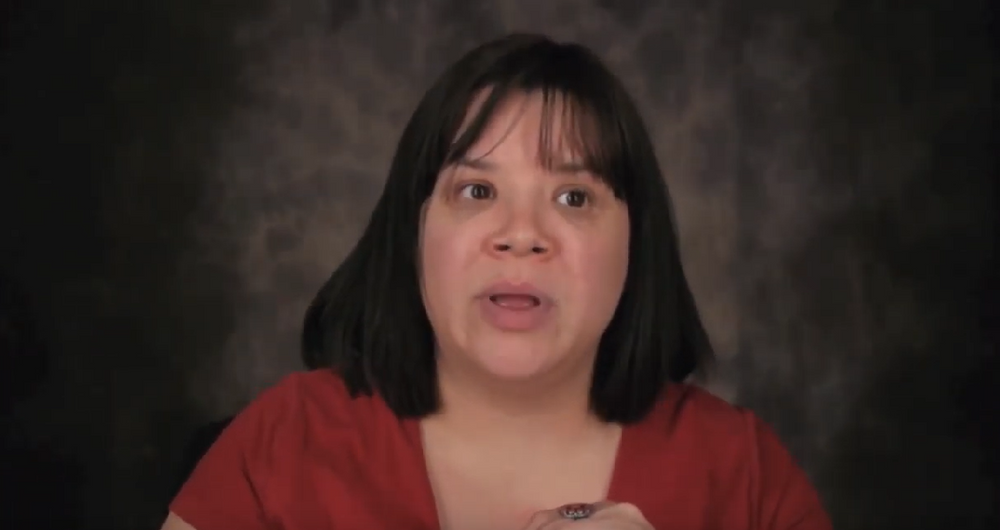 Conservative students at one university told Campus Reform that a professor admitted, on tape, to tearing up their group's flyers.

According to the Turning Point USA chapter at Central Michigan University, religion and sexuality professor Sara Moslener allegedly admitted in a recorded conversation to tearing down Turning Point USA signs put up by students.

After admitting to silencing conservative student’s voices, she claims that she wants to see more conservative campus groups.

This radical professor at @cmuniversity admitted to tearing down our @turningpointusa Culture War signs and verbally abusing students. This is what we’re up against on college campuses. Must watch.

In the recording, an individual Turning Point USA says is Moslener admits to tearing down the signs.

“I take these [signs] down when I see them because I’m terrified of your organization,” Moslener allegedly said.

According to chapter President Lauryn Gilbas, who can be heard in the recording, the signs were advertising for Turning Point’s upcoming Culture Wars event at CMU featuring Charlie Kirk.

When one student in the recording insisted that the professor was infringing on their free speech rights and breaking the law, she acknowledged it herself.

“It is an act of civil disobedience for me… If you need to call me out on it, do it, and I will tell everyone exactly what I told you,” Moslener allegedly told the students, going on to imply that TPUSA is “hiding” its racist beliefs.

“When we’re dealing with things like white nationalism and racism… people have gotten really good at hiding that,” she said before immediately stating that she actually just wants conservative groups to thrive on campus.

“I would love to see a good Republican group on campus,” Moslener told the students, admitting that conservative students are not given a fair platform on college campuses. “Students who have a conservative voice don’t have the kind of spaces that students with more liberal voices have,” the professor acknowledges while suggesting that the TPUSA chapter is not a suitable solution to the problem.

“She approached us… One of the [members] saw her following us… [She acted like] she was interested [in our chapter],” Gilbas said on a phone call with Campus Reform.

“All of a sudden, she did a 180, and then she started getting angry… She was shaking when she was talking to us. She was terrified of us.”

Gilbas says that she turned the information over to Turning Point USA higher-ups. Further involvement from law enforcement or school administration has not yet taken place. There have been no visible statements released by the administration on the incident.

According to Gilbas, this is not the only time the chapter has faced persecution for their conservative views. She alleged that earlier in the year, a male student “slandered” the chapter online and sent several back-to-back messages to them, even going so far as finding their personal contact information to call and yell at them.

“There would be times where I [was] in class… and I would leave and I’d see 22 messages from [him]… He found one of our member's numbers…called her and left a voicemail at night just yelling at her.”

Despite the heated climate against conservatism, Gilbas says she and her chapter remain unwavering. She insists she will not allow professors or students to intimidate her for her beliefs.

“Our sole purpose on campus is to help students feel comfortable having a voice no matter what… [The left] coming and attacking us and spreading lies about us and our members is what we are here trying to prevent… And it won’t shut us up.”

Campus Reform reached out to Moslener for comment but she did not respond in time for publication.