Syracuse protesters had no plans of ending month-long sit-in, even amid COVID-19 pandemic. They've now changed their minds. 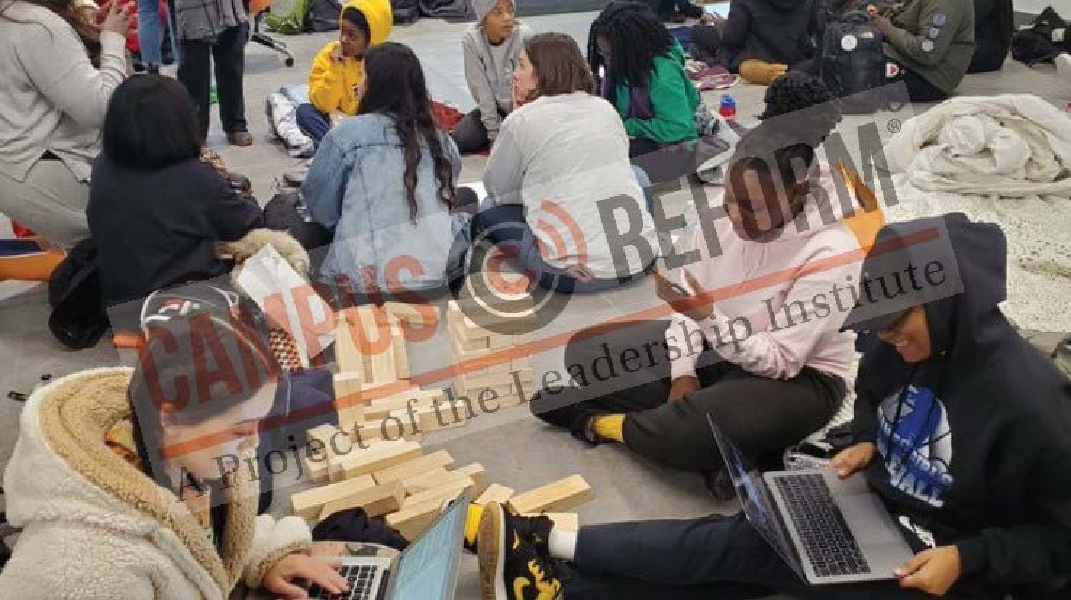 In the face of the coronavirus pandemic, Syracuse University protesters reversed their decision to continue a month-long occupation of a campus administrative building, as the university just announced an evacuation of the school for the remainder of the semester.

The protesters’ change of heart came just five days after they issued a statement refusing to leave the building and calling the reaction to the pandemic by the nation and the media “racist" and “xenophobic." They said that the university’s “abrupt” decision to evacuate the campus and move classes online is  “another example of the administration’s continual disregard for marginalized students."

"This movement is about changing the systems of oppression that are upheld by the administration at this university.”

“While the university responds to the COVID-19 public health crisis, we want to emphasize that white supremacy at Syracuse University is an ongoing crisis that has not been adequately addressed by the university and continuously creates violent crises for Black and Brown students on and off campus,” the statement added. “The Coronavirus should not be utilized as a means for the administration to ignore its commitments to meet the demands and important student needs that #NotAgainSU has brought forth.”

But now, the protesters, who call themselves “NotAgainSU” say they feel that they have secured enough concessions from the administration to end their occupation.

They made no further mention of the coronavirus.

“As of this morning, we were able to secure a virtual meeting with the administration in the near future in order to solidify the commitments they made in negotiations,” the protesters stated Wednesday. “During that virtual meeting, it is our hope to have a binding document digitally signed so that everyone’s work and support over the past month will amount to concrete  change on this campus for future years.”

Since November, after a string of reported racist incidents occurred on campus, the “NotAgainSU” protesters have orchestrated a growing list of demands for the school administration. These include an option where students can choose their roommate based on “identity,” millions of dollars of funding on various “diversity and inclusion” programs, and the resignation of the university’s chancellor and three other officials.

“We began our occupation not in reaction to any specific incident,” stated the “NotAgainSU” organizers. “This movement is about changing the systems of oppression that are upheld by the administration at this university.”

The Syracuse administration had already met with the protesters in four negotiation sessions this month, attempting to resolve this ongoing conflict. They offered numerous concessions, which include “recommitting” $5 million on diversity scholarships, requiring newly hired faculty to attend diversity training within one year of hire, and asking professors to excuse all absences and missed assignments from students participating in the protest. This comes after the chancellor had previously allocated $5.6 million to accommodate the protesters’ demands.

But the protesters rejected these concessions, calling them inadequate, unspecific, and claiming that they “ignore key issues entirely.”

“The latest offer is unacceptable and does not begin to acknowledge or repair the white supremacy-based institutional violence the university enacts on people of color, most recently the Black students at the Crouse-Hinds Hall,” stated “NotAgainSU” organizers.

They accused the administration of spreading “life-threatening information” and condemned their refusal of newer demands, which include disarming the campus police and issuing a statement saying that the university is “complicit in perpetuating oppressive systems, specifically white supremacy.” The organizers also condemned the administration for refusing to support the resignation of the chancellor and the three other university officials that they demanded.

“Some of these demands are ridiculous,” Syracuse Sophomore Carson Gambaro told Campus Reform. “No matter how much they press on about ‘white supremacy’ against ‘black and brown students’ and ‘marginalized identities,’ they’re still missing the key points: an institution of higher authority, as much as we’d like it to, cannot prevent individual behavior without coming in contact with individual freedom.”

Gambaro says he is glad that the protesters are finally ending their occupation of the Crouse-Hinds administrative building.

But other students are frustrated with the protesters, calling them selfish for diverting the administration’s focus from the coronavirus threat.

“There is a time and a place for everything. Now is not the time to protest a situation that is not even viable,” Syracuse senior Katie Dukewits told Campus Reform. “Is there even anyone on campus to protest?”

Syracuse freshman Augustus Leroux accused the protesters of  “acting like hyperactive children with a slingshot, firing off allegations of racism every which way.”

“The transition to online classes was no exception,” he told Campus Reform. “While hundreds of thousands of people are falling ill and the most vulnerable members of our population face the threat of death, what did they say? They said the administration was using the pandemic as an excuse to shut them down.”

Leroux continued, calling  it “childish” to believe that “even in the face of a devastating contagion, that the priority must be on ‘me, me, me.’” He added that the protesters are “reckless” for waiting until now to de-occupy Crouse-Hinds, “letting any potential virus ruminate in conditions advised specifically against by the CDC and state government.”

The NotAgainSU organizers emphasized that although their occupation of Crouse-Hinds is over, their movement is not.

Campus Reform reached out to NotAgainSU for comment, but did not receive a response in time for publication.