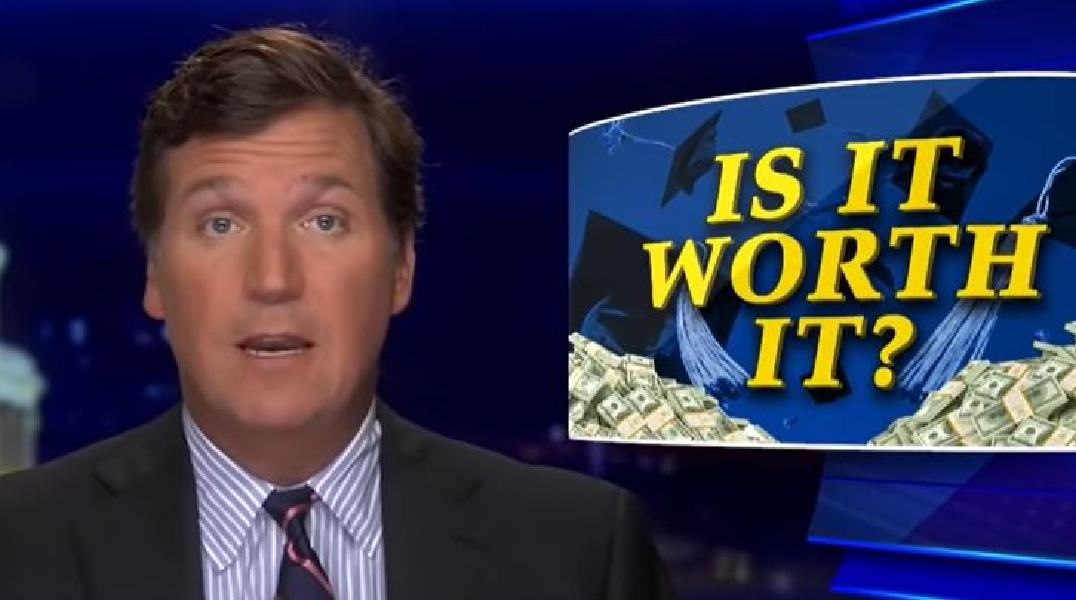 Fox's Tucker Carlson took aim at the "higher education establishment" Thursday, predicting that many colleges are soon likely to "go under."

As Campus Reform previously reported, amid federal bailouts of the airline industry and perhaps even many hotels and cruise lines, a survey of college presidents across America before the coronavirus pandemic found that less than two-thirds are "confident" in their schools' financial stability over periods of five and ten years, signaling what could be yet another sought after bailout by American taxpayers.

But as a number of top-tier American colleges have been found to have more money even than some countries, as Campus Reform also has reported, it's unlikely that schools like Harvard, Yale, Princeton, and Stanford will run out of cash any time soon.

As for some smaller, private colleges, on the other hand, they could face a much bleaker picture.

"Unless they change radically, a lot of these places are likely to go under in coming years," Carlson said on his show Thursday. "There's not enough federal bailout money in the treasury to save every pointless university in a bad recession. They will be gone for good- closed, repurposed, we can hope, into much needed efficiency apartments with loads of appealing green space."

"Countless deans of diversity and inclusion will be out of work," Carlson added.

As Campus Reform has also reported, colleges spend millions of dollars per year on salaries for diversity staff, many of whom make more than $100,000 per year, even as they repeatedly raise the price of tuition year after year for low and middle-income students.

"They'll wail and moan and they'll write outraged editorials in the New York Times about the end of knowledge and the coming dark age," Carlson predicted of diversity faculty who could end up out of work, before urging his viewers to "ignore them."

"These people never deserved jobs in the first place. The higher education establishment is hurting this country and has for a long time. Reform is essential," he continued. "This is a good and needed thing. In fact, it's one of the few bright spots in an otherwise dark moment."