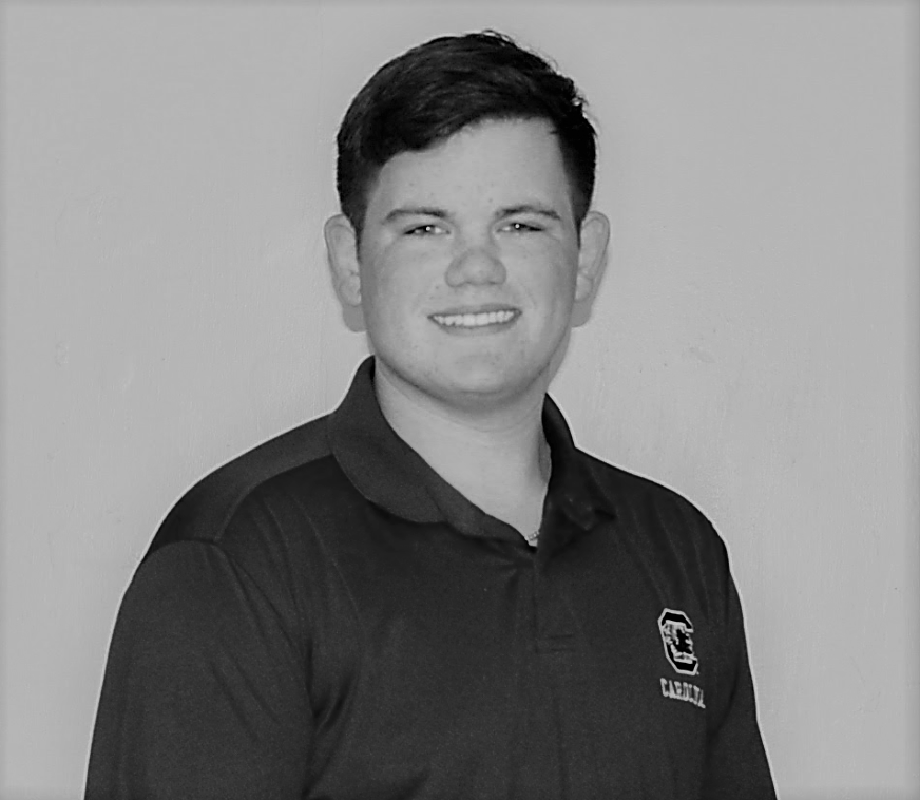 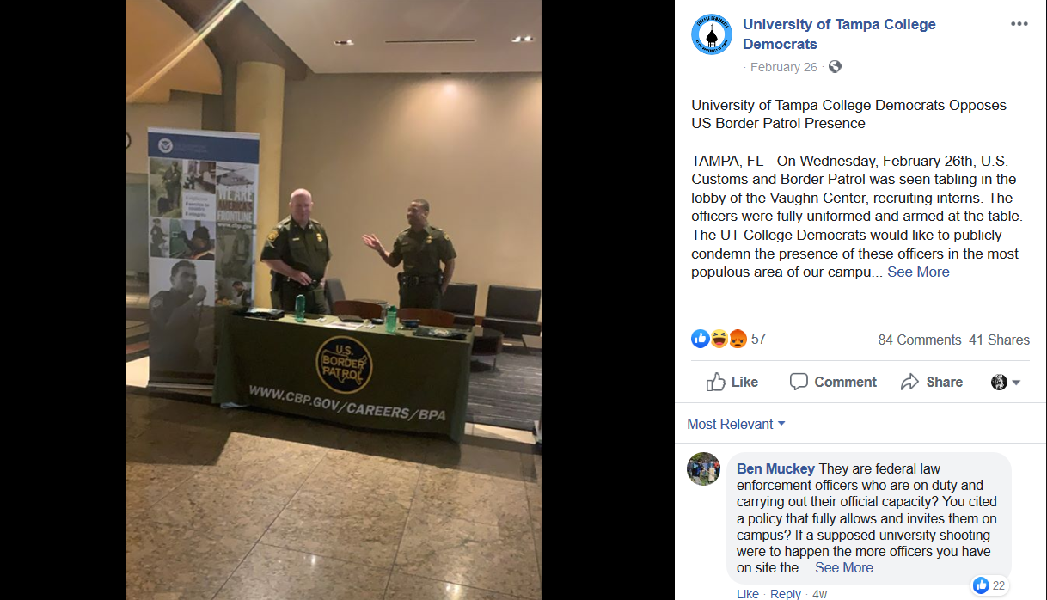 The University of Tampa College Democrats publicly condemned the U.S. Customs and Border Patrol in late February for tabling on campus, saying that nobody, not even law enforcement, should be able to have a firearm on campus.

The university’s Career Services invited the CBP to the campus to recruit students for careers in the field of border patrol. They were seen tabling in the lobby of the Vaughn Center where officers were in full uniform and armed at the table. This sparked backlash from the University of Tampa College Democrats, which then published a public statement on its Facebook page that evening.

“While we, the UT College Democrats, understand the value of careers in U.S. departments and the strength of our Criminology/Criminal Justice Department we condemn not only the presence of the officers but the actions of the US Department of Border Patrol as a whole, especially under the current presidential administration," the statement read.

“The threats and violence placed on these students under our current administration make the presence of the officers potentially threatening for a large portion of our student body,” wrote the UT College Democrats.

The UT College Democrats pegged the “current presidential administration” as the reason for why students do not feel safe on campus with armed federal agents. The group went on to cite University Faculty Policy XIII to condemn the presence of armed officers on campus.

The cited policy states that “no University of Tampa employee, vendor or visitor shall carry, possess or store a weapon or firearm while on property owned or controlled by the University."

But the policy has an "exemptions," section stating that “certified law enforcement officers may wear a service firearm in accordance with their department policy and federal, state and local laws."

The UT College Democrats acknowledge the exemption but argue that it is invalid.

The student closed their statement by asking the university to  “stand up for our diversity, and regulate the presence of the US Border Patrol to create a more welcoming and comfortable environment for our entire student body.”

Blake Ringer is a South Carolina Campus Correspondent, reporting on liberal bias and abuse for Campus Reform. He is a student at the University of South Carolina and majors in Broadcast Journalism. Blake is also the President and Campus Coordinator for his chapter of Turning Point USA.