The professor of political engagement said the protesters were engaged in "bioterrorrism."

A University of Maine professor lashed out at protesters organizing against what they see as unconstitutional restrictions in response to the coronavirus. 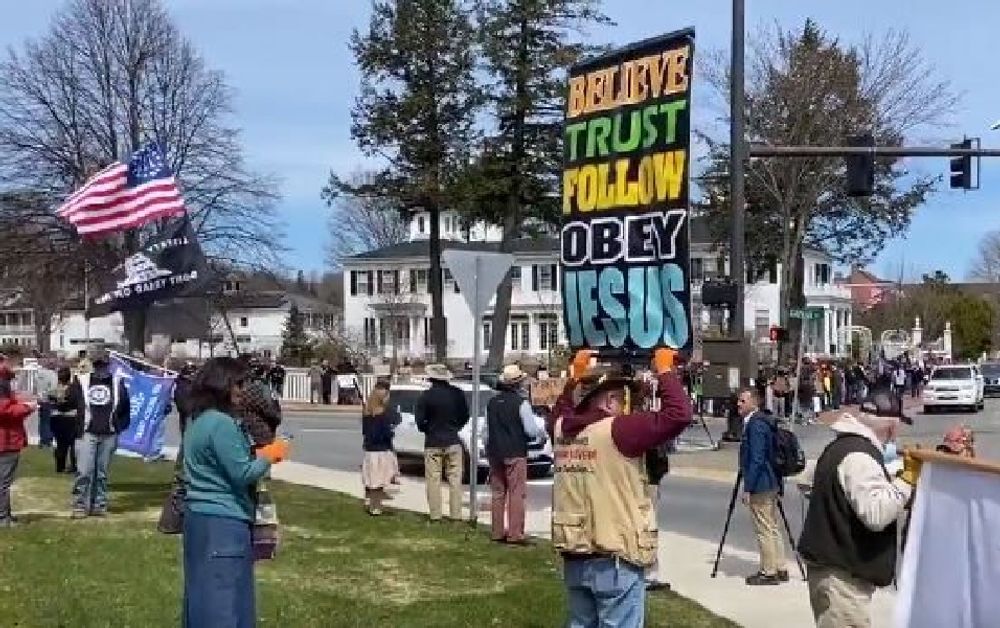 A professor of political engagement chastised coronavirus closure protesters, saying that they are engaging in "bioterrorism," "because JESUS and FREEDOM."

Robert Glover, associate professor of political science and honors at the University of Maine who specializes in "democratic theory, political engagement, and the politics of immigration," according to his faculty bio on the university's website, tweeted out a video Monday of protesters standing on a street corner near the Maine statehouse in Augusta.

"We shouldn't overestimate support for this sort of fringe bullshit. This is a very vocal, but small, minority. But a few hundred folks yukking it up in public about how we need to open up Olive Garden because JESUS and FREEDOM can thunderfuck our attempts to #StopTheSpread," Glover commented. 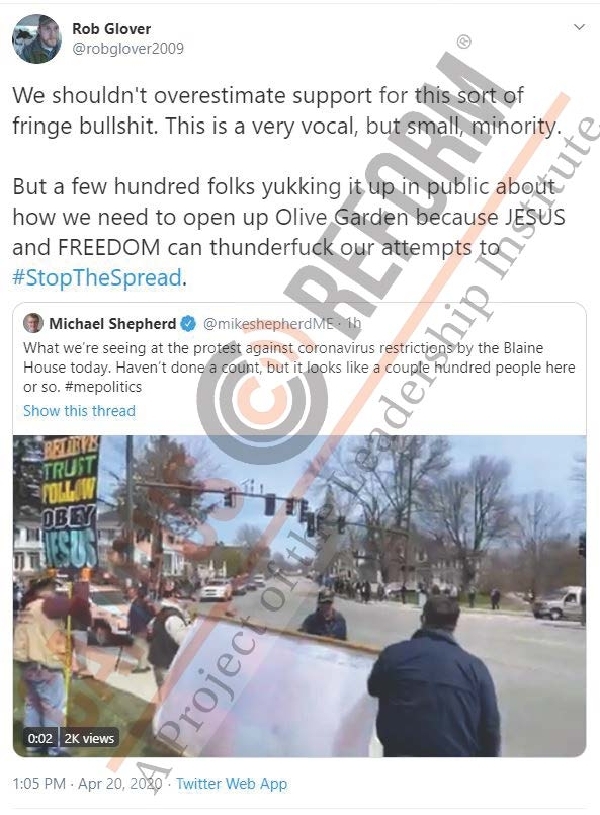 In follow up tweets just minutes later, Glover added, "Inevitably, in the coming weeks, some of these folks are going to get sick. Some will end up in hospitals and needlessly put health care workers at risk. Some of them will be asymptomatic but get others sick. And that makes me livid."

"This isn't activism. It's fucking bio-terrorism," he continued. 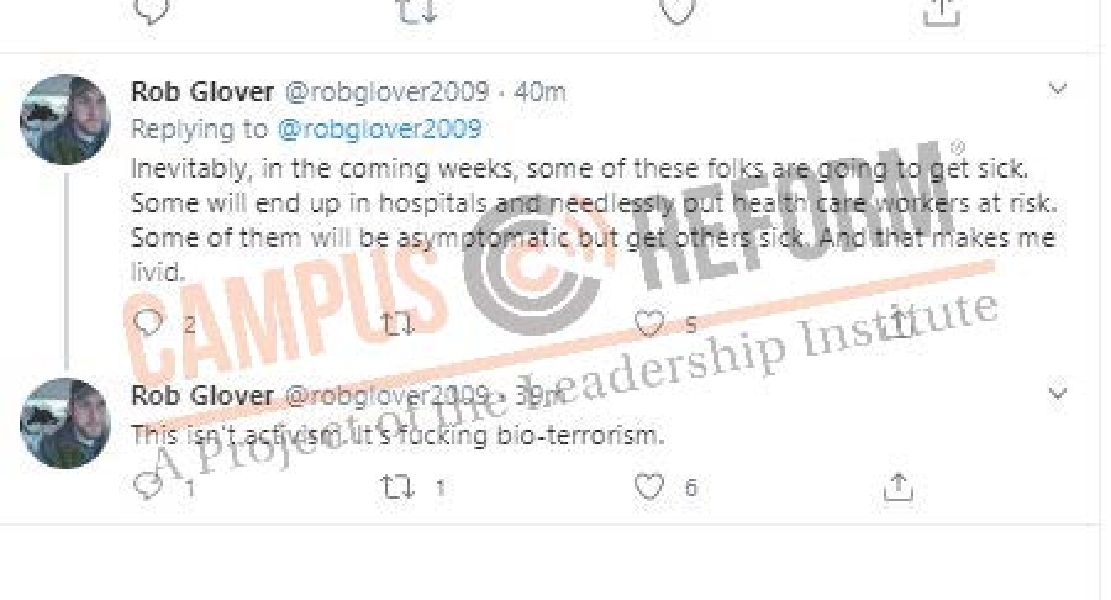 Reopen Maine described the protest on its Facebook page as a "peaceful, social distancing demonstration by those who are asking the Governor to open Maine back up. Many of the State's areas are low risk and dying due to restrictions on their small businesses, churches and hospitals."

Mainers Against Excessive Quarantine says on its Facebook page that it "exists for Mainers to constructively discuss which Covid 19 social distancing measures are reasonable and which measures constitute overreach by our elected representatives in government, and what a peaceful and constructive approach to rectifying that overreach could look like.

Campus Reform reached out to Glover for additional comment but did not hear back in time for publication.