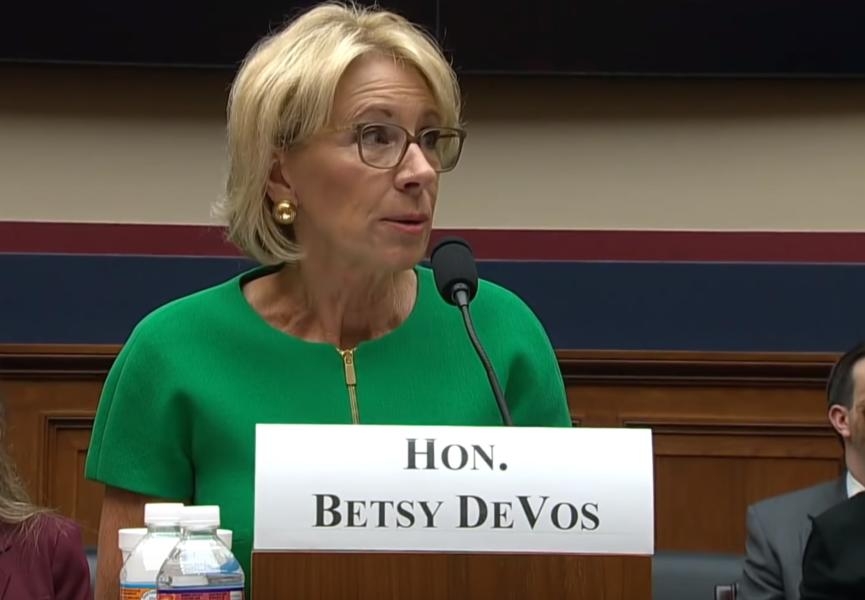 As reported by Politico, the rule states that only students who qualify for federal financial aid, which includes U.S. citizens and some legal immigrants, are eligible for the more than $6 billion in emergency aid funding intended to go directly to students impacted by the pandemic. The $6 billion is part of the more than $14 billion Higher Education Emergency Relief Fund, which is part of the $2.2 trillion CARES Act.

“The CARES Act makes clear that this taxpayer-funded relief fund should be targeted to U.S. citizens, which is consistently echoed throughout the law"

Guidelines published on the Department of Education website further explain that eligible students include those who have submitted the Free Application for Federal Student Aid (FAFSA) or students who have not filed FAFSAs but are eligible. The CARES Act allocated $14 billion for higher education institutions, $6 billion of which must go directly to students to help with expenses associated with campus closures.

Colleges and universities had previously inquired about whether the funding could be used for illegal immigrant students, which include students with Deferred Action for Childhood Arrivals (DACA) status.

“The CARES Act makes clear that this taxpayer-funded relief fund should be targeted to U.S. citizens, which is consistently echoed throughout the law,” Hill said.