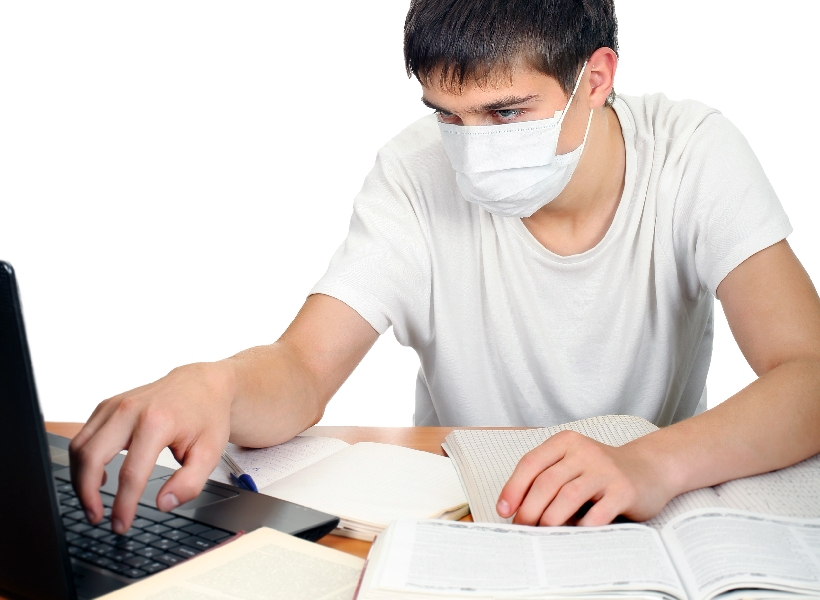 Savvy students at one Ivy League school have found a way to take advantage of newly laxed grading systems being offered to ease coronavirus stress.

Dartmouth College previously announced its adoption of a Credit/No Credit grading system in light of the recent coronavirus outbreak forcing students to take classes online. This new lax grading policy—essentially a pass/fail grading system—has allowed many students to enroll in an additional class without the risk of receiving a poor grade.

“There is a certain enthusiasm and energy that comes with sitting in an actual classroom, as well as a check on laziness from having to sit in front of your professor."

Typically, Dartmouth students enroll in three courses each quarter. However, amid the change to a Credit/No Credit grading system, 63 percent of students have enrolled in a fourth course during the online term, according to a survey conducted by The Dartmouth.

Twenty-five percent of respondents in this same survey said they enrolled in more difficult courses this term due to the term’s format, as a poor grade does not jeopardize a student’s cumulative grade point average (GPA). One survey respondent claimed that the change to a Credit/No Credit system allowed her to enroll in a class that otherwise would have “killed” her GPA.

“It's a bit depressing,” Matt Nadler, a Dartmouth alumnus commented, regarding the survey results on students taking a fourth class amid the Credit/No Credit system. “Pass / Fail on already watered-down material (except for the STEM subjects). It's quantity over quality. Is this really worth $77K per year?”

Wilcox went on to say that the remote format definitely hurts classroom motivation.

“There is a certain enthusiasm and energy that comes with sitting in an actual classroom, as well as a check on laziness from having to sit in front of your professor,” he noted. “My most difficult class this term is a class that I really enjoy and have the motivation to devote effort towards because it is important for my major. However, I’m not nearly as motivated as I would be in my other classes.”

Wilcox acknowledged that the College was put into a difficult situation due to the coronavirus outbreak, but he would still like to see changes moving forward.

“For this term, I would not suggest an alternative, but going forward it’s clear we cannot continue with this system.”