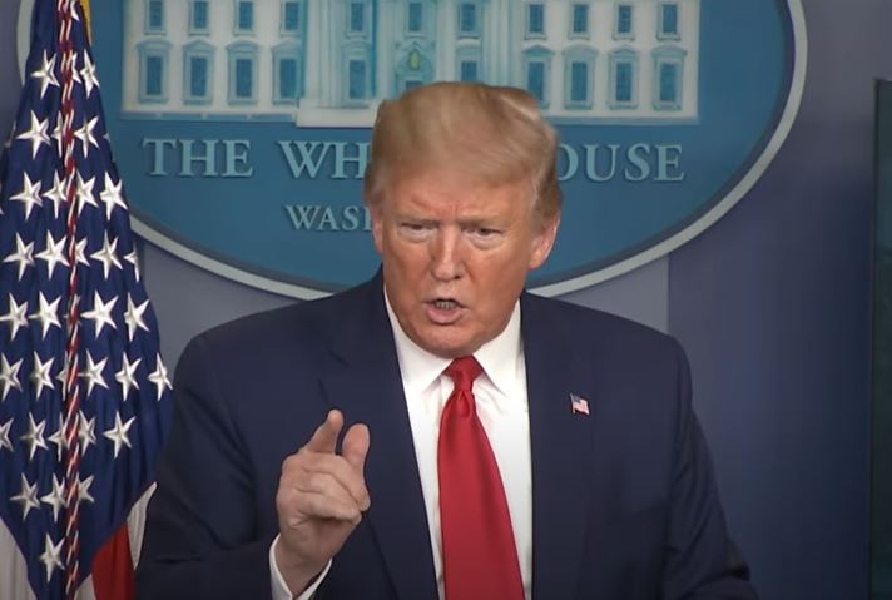 Four journalism professors released a letter Saturday asking that broadcasters cease live coverage of President Donald Trump’s COVID-19 press conferences because they believe Trump is “the single most potent force for misinforming the American public” about the pandemic.

Addressing executives of ABC News, MSNBC, CBS News, and the chairmen of NBC News and WarnerMedia News, which owns CNN, they ask that networks stop airing live coverage of the president’s briefings during the remainder of the COVID-19 pandemic. Rather than live coverage, they suggest that networks review briefings and present only content that “provides updates from health officials about the progress and ongoing mitigation of the disease.”

They defend their proposals by claiming that “journalists are not obligated to assist the president in amplifying” what they call “his grievances or in “misinforming the American people.” They also stated that those who want to view live briefings can do so online.  When Campus Reform reached out for comment, Zelizer and Douglas, both signers of the letter, suggested that “anyone who wants to view the president’s briefings live may watch them on C-SPAN.”

Some experts, like Tim Groseclose, believe that the letter proposes practices that wouldn’t be deemed acceptable elsewhere.

Groseclose is the Adam Smith Chair at the Mercatus Institute and author of Left Turn: How Media Bias Distorts the American Mind.  He told Campus Reform that “the mainstream media is behaving very shamefully,” and suggested that the open letter is akin to a judge twisting testimony at a trial he presides over.

“What if they were a judge in a trial?  Would they explain to one of the lawyers: 'Sorry, I don't like your closing argument. I'm going to allow the jury to hear only an edited version of it, along with my inserted commentary.'"

Speaking to Campus Reform, he quipped that “being a journalism professor at Columbia is slightly less politically partisan than working at the Democratic National Committee” and that “it’s no surprise that [the professors] want networks to filter Trump’s messages to the American people."

This hasn’t been the first time that there have been calls for the media to limit coverage of the President’s appearances before the press.  The left-wing group Fairness and Accuracy In Reporting published an article in March fiercely defending de-platforming the president, implying that doing so constituted good “journalism.”