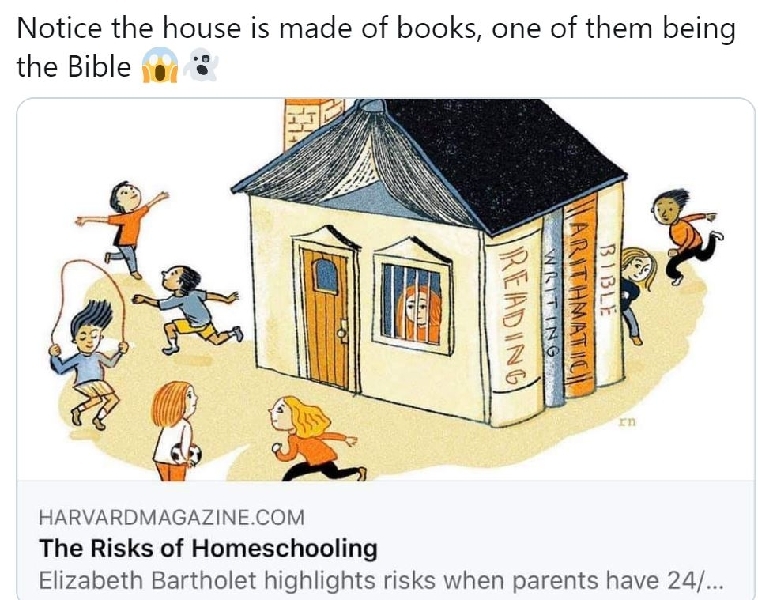 Opponents of a controversial Harvard homeschooling summit claim the event has been canceled, but the Ivy League institution is still tight-lipped as to whether that is indeed the case.

The purpose of the invite-only event, “Homeschooling Summit: Problems, Politics, and Prospects for Reform,” was to “discuss child rights in connection with homeschooling in the United States," with a focus on "problems of educational deprivation and child maltreatment that too often occur under the guise of homeschooling, in a legal environment of minimal or no oversight.”

With agenda items such as “Concerns with Homeschooling” and “Litigation Strategies for Reform,” the aim of the event was to equip critics of homeschooling and educators against the practice with “strategies for effecting such reform.” The co-organizer and one of the most controversial featured speakers was Elizabeth Bartholet, a professor of law and faculty director of Harvard Law School’s Child Advocacy Program.

Campus Reform previously reported that Bartholet framed homeschooling as "authoritarian" and suggested the government ban it.

In an interview with Harvard Magazine, Bartholet said, “We have an essentially unregulated regime in the area of homeschooling.” Her reasons for wanting to ban homeschooling include the lack of regulations setting standards on which parents are allowed to homeschool, the isolation of children, the absence of teachers who could act as “mandated reporters,” and the threat it creates that will ultimately jeopardize America’s democracy.

"The system is overwhelmingly oriented toward parent rights, toward family preservation," Bartholet explained in a Netflix docu-series The Trials of Gabriel Fernandez. "And there is very, very little emphasis on child rights...it's based on valuing adult rights."

Bartholet cites surveys of pro-homeschoolers, which show that up to 90 percent are influenced by their conservative and Christian values. Bartholet characterizes some of these parents as“extreme religious ideologues” who promote female inferiority, white supremacy, and religious doctrine over science.

When Campus Reform asked Allison Wilkens, a senior at Texas A&M University who was homeschooled, if homeschooling prepared her for college, she said, “All throughout my educational career, I had to learn time management, personal responsibility, and independence that isn’t emphasized as heavily in public school. I also became familiar with how to learn online- a skill that came in handy during this pandemic!”

The Harvard event was set to take place on June 18-19. But on May 1, Reason Foundation Director of School Choice Corey DeAngelis posted a screenshot of a Facebook post by Coalition For Responsible Home Education (CRHE), an organization advocating for “child-centered, evidence-based policy and practices” which was slated to speak at the event.

DeAngelis previously described the event as an "anti-homeschooling conference."

“We were invited to present at the Harvard conference which is no longer happening this summer," the screenshot, shared by Angelis, read.

Additionally, DeAngelis posted a comment from CRHE’s Director of Outreach, Kieryn Darkwater, revealing that Harvard “emailed the participants directly about the change of plans” and most likely will not make an announcement because it was a “small, invite-only event.”

After garnering over twenty thousand likes and four thousand retweets, the post by CRHE announcing the cancellation was deleted.

Harvard has not formally announced the cancellation of this event.

Campus Reform reached out to Harvard to confirm the status of the event but has not received a response.

CRHE's announcement that the June homeschooling event had been canceled came on the same day as The Disinformation Campaign Against Homeschooling” virtual event. The event addressed the “dishonest attacks on homeschooling that have been pervasive in the media and academia and also address the failures of public education.”

Campus Reform spoke with several speakers who were slated to present at the June event, all of whom confirmed the cancellation.

The event is now postponed until 2021.

Michael Farris, CEO and General Counsel of Alliance Defending Freedom and founder of Home School Legal Defense Association, told Campus Reform, “This conference was seen as an opportunity to convince America that homeschooling parents should not be able to teach their own values but instead should be required to teach the values of the conference organizers. I am glad that this episode of cultural imperialism has failed for now."

Tommy Schultz, Vice President of American Federation for Children, told Campus Reform, “We're fighting so hard for this cause because millions of lower-income and working-class families have been left voiceless for generations, stifled by an education establishment that is dedicated to maintaining power. When distant bureaucrats or politicians are afraid to give families an option when it comes to education, what does that say about the system that they're propping up? Families deserve to have the freedom to choose the best K-12 educational environment for their son or daughter, which is why we need to expand school choice programs across the country.”