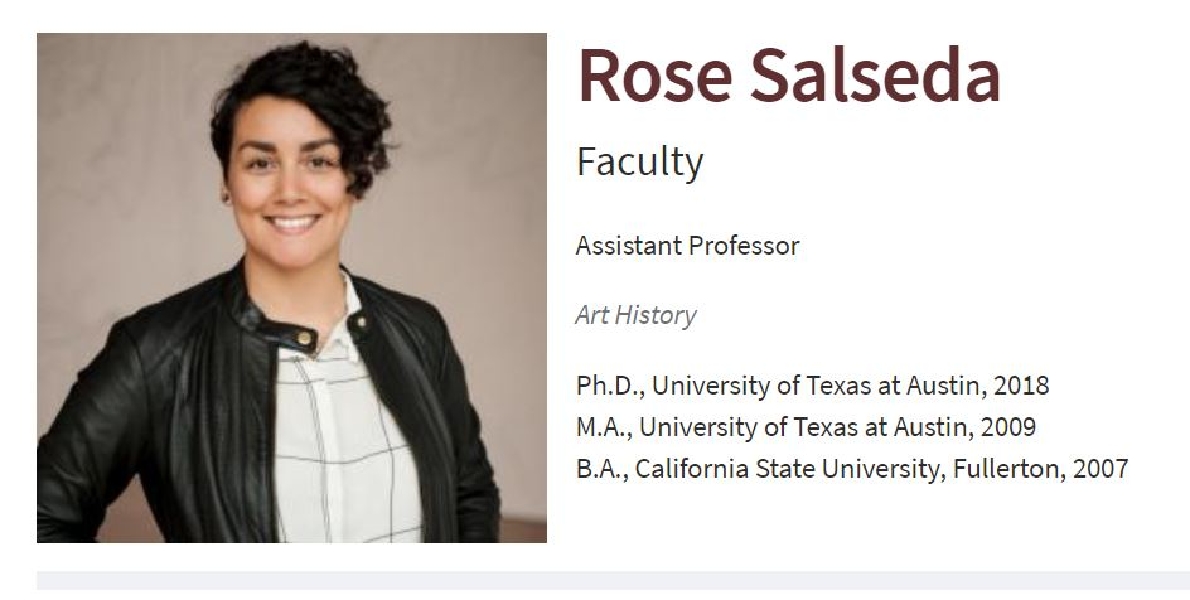 Salseda was censured May 5 for using a racial slur in reference to the name and lyrics of the hip-hop group N.W.A.

“in the course of academic study of a subject, a legitimate scholar must use the appropriate terminology"

On May 3, Stanford student Kobe Hopkins, serving as the undergraduate senate’s treasurer, filed a resolution calling on the body to “condemn classroom racism and anti-blackness.” In the resolution, Hopkins complained that as a guest lecturer in an "Introduction to Comparative Studies in Race and Ethnicity" class, Salseda used the n-word while reciting lyrics to the song “F**k tha Police” from NWA’s critically-acclaimed album "Straight Outta Compton."

Hopkins also claimed that Salseda “wrote 'Niggaz' twice while writing the full name of the group N.W.A and discussing their artwork.”

This incident allegedly took place May 4 in the class "Riot!: Visualizing Civil Unrest in the 20th and 21st Centuries."

At its conclusion, the resolution states that the Undergraduate Senate is “appalled by and condemns Professor Rose Salseda’s continuous aggressions against the black community and black students.”  It also describes the professor’s actions as “reckless” and her presence as “disturbing.”

Salseda received her Ph.D. from the University of Texas-Austin in 2018 and was listed by Stanford in February 2019 as a "recent" hire.

She has taught several courses on Latino and African-American art history, which she is slated to continue teaching in the upcoming academic year.  Some of her scholarly work has focused on social justice and grievances about gaps in equity within the art history field.  In summer 2019, her paper “Creating Equity in Academia for Latinx Art History” was published in Latin American and Latinx Visual Culture.

Salseda did not respond to Campus Reform’s request for comment in time for publication.

The resolution goes even further to demand that the art, art history, and sociology departments at Stanford release faculty statements on how they are going to deal with the situation. The resolution goes on to spell out exactly what the student senate wants to be done, however.

The student senators demand “cultural humility training” for "all professors teaching a Comparative Studies in Race and Ethnicity (CSRE) class, putting an emphasis on training for non-Black professors studying Black communities and professors studying communities that are not their own." The biggest of its demands, though, is that the university create a committee and release a plan on how it is going to create a department for "African and African American Studies."

The Stanford College Republicans responded to Campus Reform’s request for comment on this debacle. Recognizing that “black people have good reason to take exception to the use of derogatory language” the College Republicans lamented the resolution as an “embarrassment” to their campus. They said the profanity “was used in a descriptive manner for the purpose of instruction rather than in any derogatory manner” and defended Salseda asserting that “in the course of academic study of a subject, a legitimate scholar must use the appropriate terminology.”

The group told Campus Reform that it believes this incident reflects that “the very premises of CSRE are ideological rather than intellectual in nature.” The College Republicans also stated that they “advocate the abolition of racial and ethnic studies as a whole” as such studies “add nothing of academic value to the university and instead stain Stanford with their frivolity, dishonesty, and futility.”

Hopkins and Stanford did not respond to Campus Reform’s inquiries in time for publication.