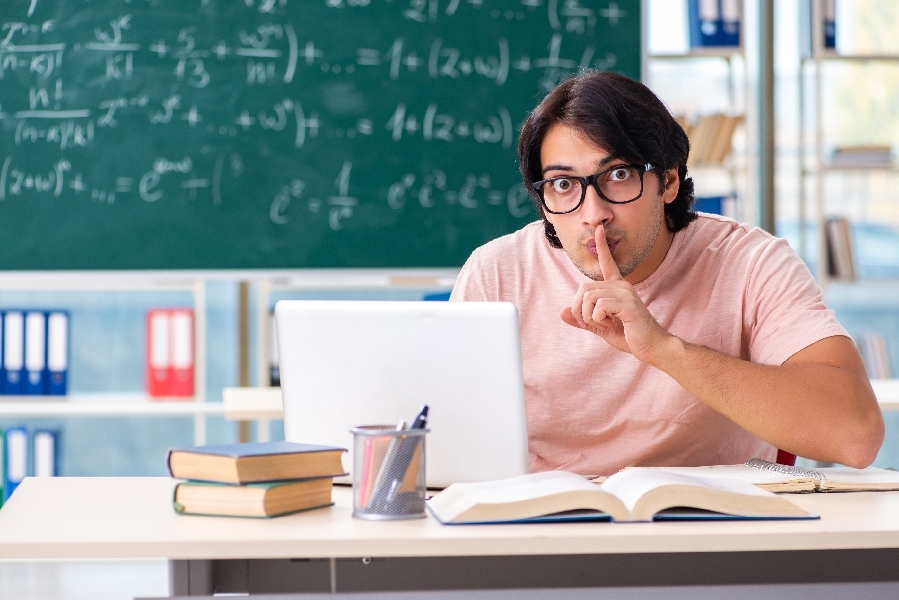 As concerns for academic integrity increase due to the move to online learning from the coronavirus pandemic, one recent study shows students are more likely to cheat in these remote learning environments.

According to the National College Testing Association, students are more likely to cheat when working in an “unproctored environment." The study's authors cited research from 2014 that showed more than 70 percent of surveyed students in online classes admitted to cheating. They warn that while technology in the classroom can be positive for learning, academic dishonesty is one of the clear challenges.

[RELATED: Harvard to professors: Just 'trust' students not to cheat on exams]

“In no situation is an institution more vulnerable to scandal and controversy related to academic dishonesty than in online education,” the authors wrote. “It is imperative that institutions understand that proctoring is seen by the students as not only a reflection of the seriousness of the assessment, but also as the institution taking a stand to uphold its overall integrity.”

The responses provided insight into why students cheat and why they view it as acceptable behavior.

For example, 18 percent of students who provided written responses to the survey said that students would “use all resources at their disposal” if exams were administered without proctors. In addition, 11 percent of these students believe the onus is on the professor to maintain academic integrity by using proctors.

The data also showed that 62 percent of students had “engaged in some sort of cheating,” which includes using external resources during exams, obtaining insight into questions before the exam, copying, and using proxies to take exams.

Additionally, 76 percent of students showed some acceptance for cheating while the rest indicated cheating is “never acceptable.”

Other findings included data on encouragement to cheat from others including, friends, families, and coaches.

Nearly 80 percent of students responded that they had been encouraged to cheat by others, with more than four in ten indicating that such encouragement led them to cheat. Given that the researchers said data shows engineering students self-report higher rates of cheating than most other college majors, the researchers decided to survey underclassmen engineering students.

The researchers concluded the study by recommending a culture and expectation around testing in higher education that balances grading with “the acquisition of knowledge.”

“It is imperative to establish a culture and expectation in higher education around the purpose of testing and assessment that incorporates the impact of academic dishonesty,” the authors wrote. “It needs to address the perception of higher education today as transactional in nature and of the need to get good grades as more important than the acquisition of knowledge. As technology continues to transform the world around us at an unparalleled scale, the push to incorporate more technology in the classroom can reduce the commitment of higher education to best practices in assessment and testing.”