Biden, in 2011, went to China to push 'close ties' between US colleges & communist regime 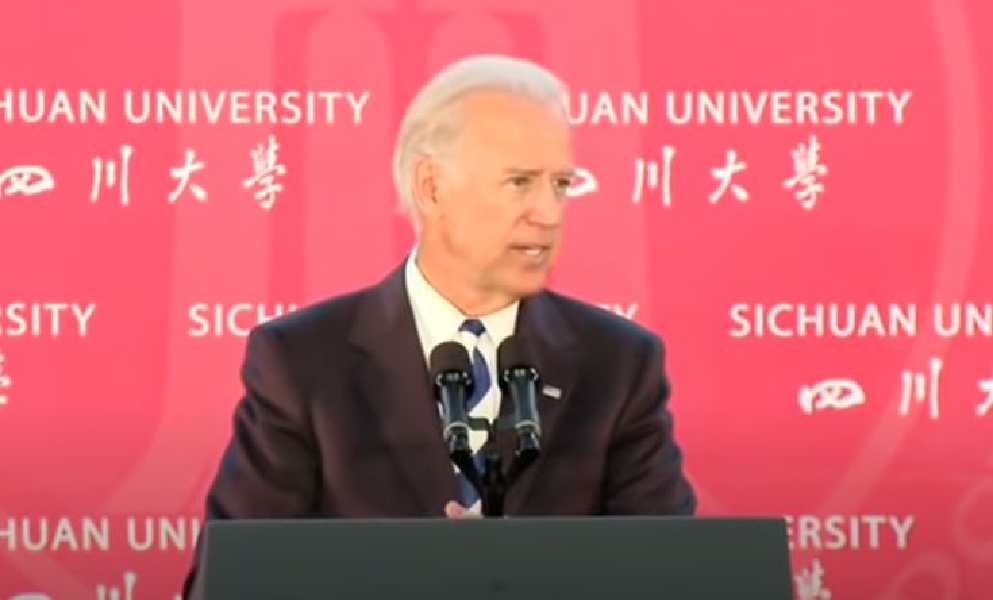 Newly unearthed video from a 2011 speech in China reveals presumptive Democratic presidential nominee, then-Vice President Joe Biden, called for Chinese expansion into “all levels of government” and “classrooms and laboratories, athletic fields and boardrooms.” As reported by The National Pulse, Biden was commenting on relations between Washington, D.C. and Beijing during his 50-minute speech at Sichuan University in 2011.

"we have to go beyond close ties between Washington and Beijing"

Biden also called for closer military ties with the communist regime and said it should be easier for Chinese businesspeople to travel to the United States.

“…That’s why it’s also important that our military leaders work together, get to know one another — not just our political leaders, but our military leaders.” Biden later added, "The United States should undertake to make it easier for Chinese businesspeople to obtain visas to travel to the United States. It takes much too long for that to happen."

Biden’s stance on China comes as the communist country faces scrutiny for stealing U.S. intellectual property and research on college campuses and as Biden faces allegations of Chinese funding of his namesake Center for Diplomacy and Global Engagement at the University of Pennsylvania, which UPenn has denied.

His statements from 2011 also seem to echo recent statements made on the campaign trail. In the speech, Biden said it is in the United States’ “self-interest that China continues to prosper."

More recently on a summer campaign stop in 2019, Biden dismissed notions that China posed a threat to the U.S.

“China is going to eat our lunch? Come on, man,” Biden said. “I mean, you know, they’re not bad folks, folks. But guess what? They’re not competition for us.”